Cowboys Use #4 Pick To Select Running Back Ezekiel Elliott 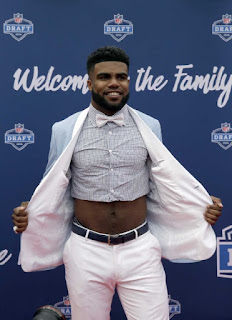 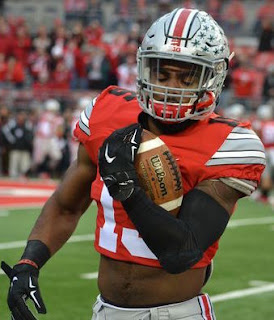 The Dallas Cowboys used their number 4 pick in the first round of the 2016 NFL Draft to select Ohio State running back Ezekiel Elliott.

I was a bit surprised, because I think the Cowboys have more holes on defense than offense -- but Elliott seems to be the consensus best running back in this year's draft. If it takes us back to the type of run offense Dallas had with Emmitt Smith, then I won't complain. And that could happen, since Dallas has one of the best offensive lines in the NFL.

The pick of Elliott could also take some pressure off of quarterback Tony Romo, as defenses will have to respect the run now. And according to the sports pundits, Elliott is also an excellent blocker and pass receiver.

I think this might have been a very good pick -- and I'll like it even better if the Cowboys can get some defensive help in the second and third rounds.