A New (And Larger) Move Toward An Independent Scotland 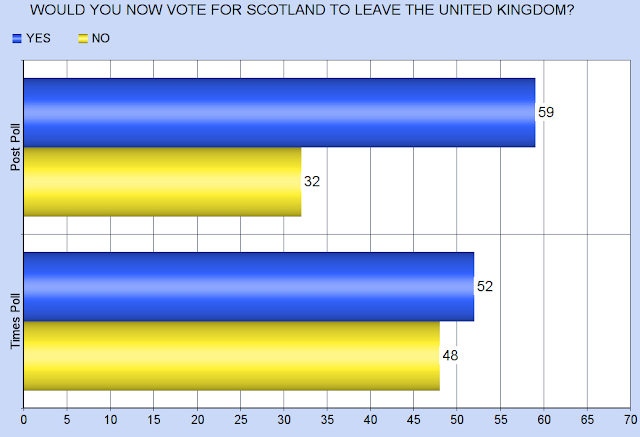 In September of 2014, a referendum was held in Scotland on whether they should be an independent country or remain a part of the United Kingdom. They voted to stay in the United Kingdom by a fairly substantial margin (55.3% to 44.7%).

One of the compelling arguments made for remaining a part of the U.K. was that if they left they might not be able to be a part of the European Union. And as the recent Brexit vote showed, Scotland wants to remain in the European Union. But now that English and Welsh voters carried the day last week in voting to leave the E.U., Scots are now reconsidering their decision to stay in the United Kingdom.

Will this desire for independence last? It well could, and might even grow, since the move to leave the E.U. has trashed the U.K. economy -- and that damage is unlikely to go away for quite a while.

I think the English voters have made a serious mistake -- one that could result in the break-up of their country.
Posted by Ted McLaughlin at 12:02 AM