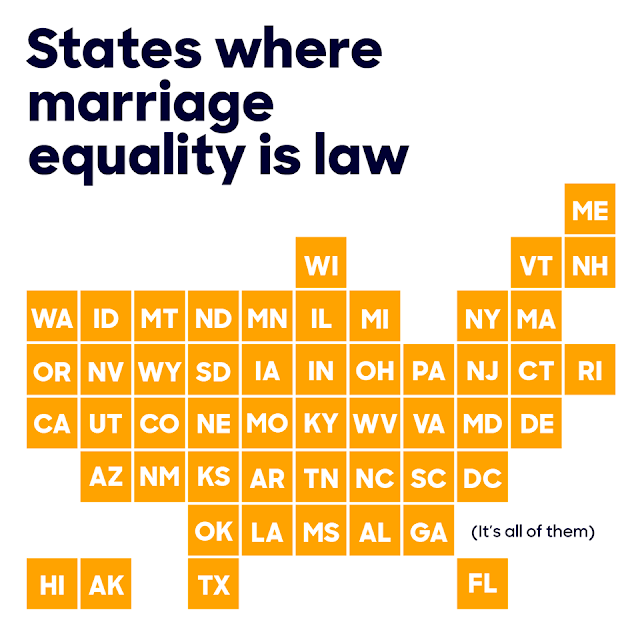 (Graphic above is from the Facebook page of Hillary Clinton.)

Yesterday marked the one year anniversary of the Supreme Court decision (Obergefell vs. Hodges) that gave all Americans the right to marry the person they love -- including same-sex couples. And many in the LGBT community have taken advantage of that right.

A recent Gallup Poll shows that the number of married same-sex couples has climbed from 38% before the decision to 49% after the decision. That's a rise of 11 points. And the rise in same-sex marriages isn't just happening in states where it was illegal before the court decision.

These percentages apply to same-sex couples who are living together.