The Case For A Guaranteed National Income In The U.S. 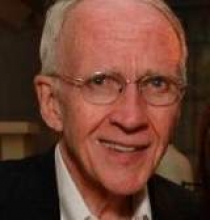 The following is an article by Paul Buchheit (pictured) at Common Dreams:

We'll have to do something drastically different to employ people in the future. Our jobs are disappearing. The driverless vehicle is here, destined to eliminate millions of transport and taxi-driving positions. Car manufacturing is being done by 3-D printing. An entire buildingwas erected in Dubai with a 3-D printer. Restaurants are being designed with no waitstaff or busboys, hotels with no desk clerks, bellhops, and porters. Robot teachers are interacting with students in Japan and the UK. There are plenty of naysayers and skeptics, of course. The Atlantic proclaimed, "The job market defied doomsayers in those earlier times, and according to the most frequently reported jobs numbers, it has so far done the same in our own time." But this is a different time, with no guarantees of job revolutions, and in fact a time of unprecedented machine intelligence that threatens the livelihoods even of doctors, teachers, accountants, architects, the clergy, consultants, and lawyers. Most of our new jobs are in service industries, including retail and personal health care and food service. The only one of the eight fastest-growing occupations that pays over $33,000 per year is nursing -- and even nursing may give way to Robotic Nurse Assistants. The evidence for downsized jobs keeps accumulating. A US Mayors study found that 'recovery' jobs pay 23 percent less than the positions they replaced. The National Employment Law Project estimates that low-wage jobs accounted for 22 percent of job losses but 44 percent of subsequent job gains. Business Insider, Huffington Post, and the Wall Street Journal all concur: the unemployment rate is remaining low because of low-paying jobs.