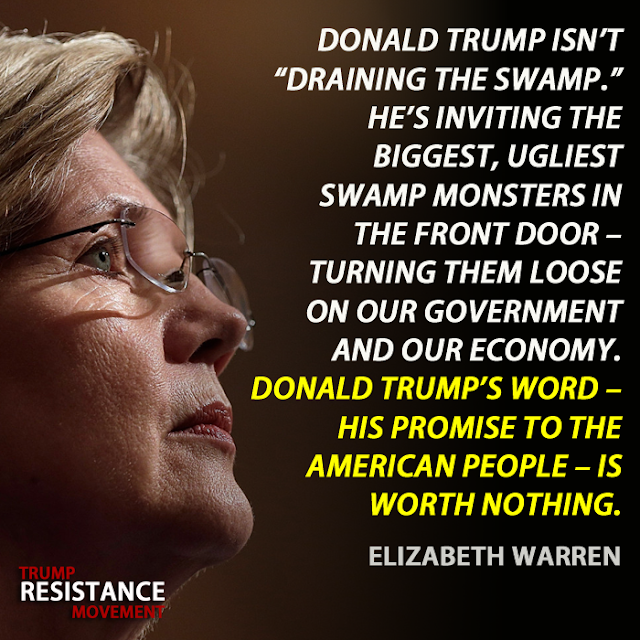 During his campaign, President-elect Donald Trump promised that he would take the side of American workers against economic elites when evaluating policy. Yet, the policy proposals he put forth during the campaign had nothing in them that would actually help working- and middle-class Americans. Now that more plans and potential cabinet appointments are coming into focus, it looks worse than many of us thought even before the election. Across a broad range of crucial issues, the incoming Trump administration appears likely to betray the promises he made to the American middle class.

Trump’s tax policy proposals are crystal clear about who will benefit the most—and it’s not working- or middle-class families. Despite crowing during the campaign about raising taxes on “hedge fund guys,” the tax plan Trump released raises one small tax on hedge fund guys (eliminating the so-called carried interest loophole), and then gives them a hundred times more back in the form of lower taxes everywhere else. The top 1 percent will get 47 percent of the total benefits in the Trump tax plan, while the bottom 60 percent will get just 10 percent. Worse, large numbers of working-class taxpayers will see tax increases under Trump. Yes, increases. Because that money is needed to make sure that private equity managers can see their top tax rates moved down to 15 percent.
House Speaker Paul Ryan—who many (not least Speaker Ryan himself) think will end up crafting most of the actual policy to come out of the Trump administration—has a competing tax proposal. Apparently, he thinks it’s important to give an even higher share of tax cuts to the top. The Ryan plan lavishes 76 percent of its total tax benefits onto the top 1 percent of households (the top 0.1 percent, or the top 1/1000th of households, gets more than 47 percent). In the Ryan plan, the bottom 60 percent get less than 5 percent of the total benefits.
A very large tax cut that delivers an enormous share of the benefits to the richest Americans—with an average cut of at least $1,100,000 to the richest 0.1 percent—will be one of the top priorities of both Trump and the incoming Congress. This should raise a clear red flag about just how much Trump actually cares about the bottom 90 percent.

Trump has also promised to end crony capitalism and “drain the swamp,” which might sound to most Americans like he wants to take on Wall Street. If by “take on” you mean “give them everything they want,” then this sounds about right. He has been forthright about repealing Dodd-Frank, which as passed in the wake of the 2008 financial crisis to rein in the risk of big banks and prevent the need for future bailouts. There are criticisms to be made of Dodd-Frank, but the Trump criticism is that it’s just too tough on banks.
This view is shared by the men mentioned as potential Treasury secretaries in the Trump administration. One name is Jamie Dimon, whose investment bank JPMorgan Chase received a 2008 bailout. In recent years JPMorgan traders have been found guilty of rigging foreign exchange markets. And yet Dimon claims that “banks are under assault” by regulators and that such oversight is essentially un-American.
Another name that’s been floated for Treasury secretary is Anthony Scaramucci, who thinks that there has been an “irrational demonization of Wall Street over the past 8 years,” and that Wall Street is “filled with integrity.” As for the financial crash of 2008, Scaramucci is clear who is to blame—mostly not Wall Street. The culprit who needs more blame cast upon them, he says, is “frankly, Main Street. Many people overreached in their homes because there was easy money and easy credit.” He hopes the “nonsense” that Wall Street bears primary responsibility for the 2008 financial crash ends with the Trump administration. And he makes it clear that his personal opinion is that Dodd-Frank restricts banking risk excessively (making banking “too, too safe”) and should be repealed.
Finally, the frontrunner for Treasury seems to be Steve Mnuchin, a Goldman Sachs alum who distinguished himself during the financial crash by buying up the crashed California bank IndyMac, renaming it, and then being found by regulators to have run “unsafe” and “unsound” foreclosure practices as he seized people’s homes.
If you want an administration where apologists for Wall Street behavior are in charge of regulating banks, then the next four years looks great. If you were hoping for an administration that would be on your side against the banks, then less so.

Americans value Medicare and Medicaid very highly, and rightly so. Millions rely on these programs for health care during tough times (Medicaid) and in retirement (Medicare), and about 40 percent of long-term care in the country is provided by Medicaid. During the campaign, Trump made clear promises to protect these programs from budget cuts. The question going forward, however, is did we elect President Donald Trump or President Paul Ryan?
Ryan has wanted to voucherize Medicare and radically cut Medicaid for years. He tries to dress up his plans in technocratic language and frame them as “reforms,” but, they’re cuts, period. One would think that the more than 60 times the House has voted to repeal the Medicaid expansions that are part of the Affordable Care Act would provide sufficient proof of this.
It may be that Trump really does not want to cut these programs. But the question is whether or not he’s attentive and shrewd enough to stop congressional Republicans from doing so.
Posted by Ted McLaughlin at 12:02 AM