Trump Is Losing His War Against The Mainstream Media 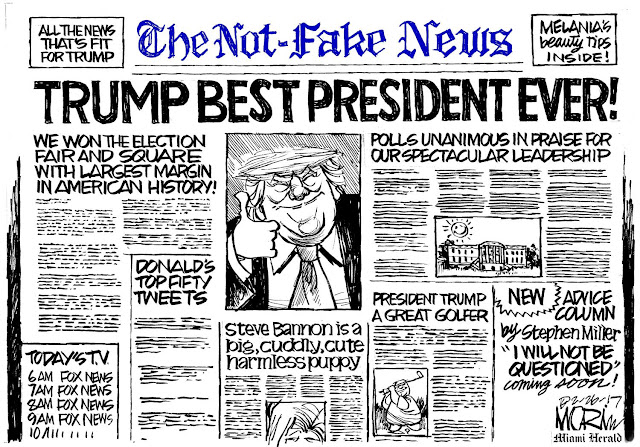 (Cartoon image is by Jim Morin in The Miami Herald.)

If our narcissist-in-chief had his way, every newspaper in the country would resemble the one in the cartoon above. Trump simply cannot stand to be criticized in any way, and he particularly doesn't like being called out on his many lies. In an effort to prevent that, he has declared war on the mainstream media -- calling them "enemies of the people" and saying they give only "fake news".

That is ludicrous coming from the least truthful president we've ever had, but it's Trump's way. He would rather lie and attack than admit the truth about himself or his policies. And he's not just attacking the media with words. On Friday, the White House held an impromptu press conference -- and excluded media that Trump doesn't like (because they aren't afraid to tell the truth about him). Among the media excluded from the press conference were CNN, NY Times, LA Times, Politico, Buzzfeed, BBC, and the Guardian.

While excluding those credible news organizations, some media that specializes in right-wing propaganda lies were invited to participate -- like Breitbart, Washington Times, and One America News.

This needs to stop. In a democracy, the news media must have access to the president (and the government in general). A government that censors or shuts itself off from the press will soon cease to be a democracy. Those are actions much more closely associated with tyrannical forms of government.

Fortunately, at least for now, Trump is losing his war against the media. As the chart below shows, the public believes the mainstream media (including some banned from the press conference) are more credible than Trump is. It also shows (in the last chart) that a majority of Americans trust CBS, ABC, NBC, CNN, and the NY Times -- while less than a majority trusts Fox, and only a very tiny percentage trust right-wing propaganda source like Breitbart, Daily Caller, and Info Wars.

The charts were made from information in a new Public Policy Polling survey -- done on February 21st and 22nd of a random national sample of 941 registered voters, with a margin of error of 3.2 points. 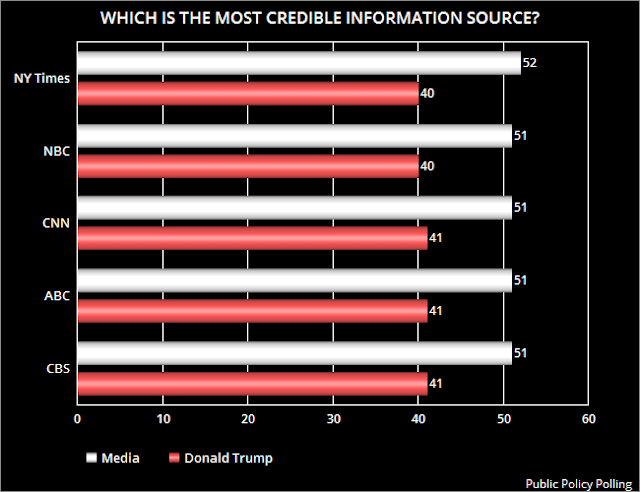 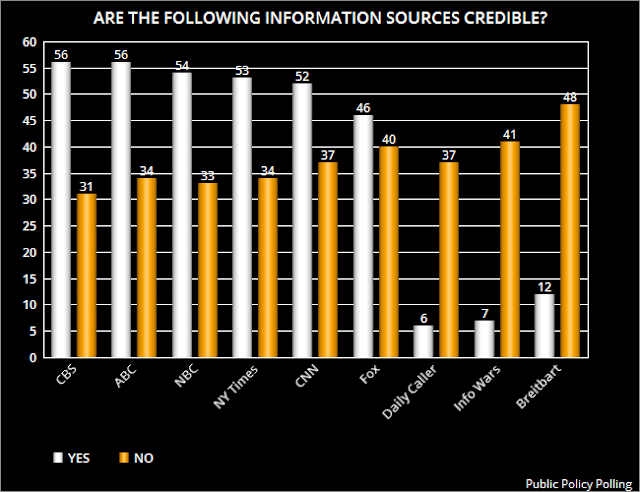