YES! - The GOP Is The More Racist Political Party 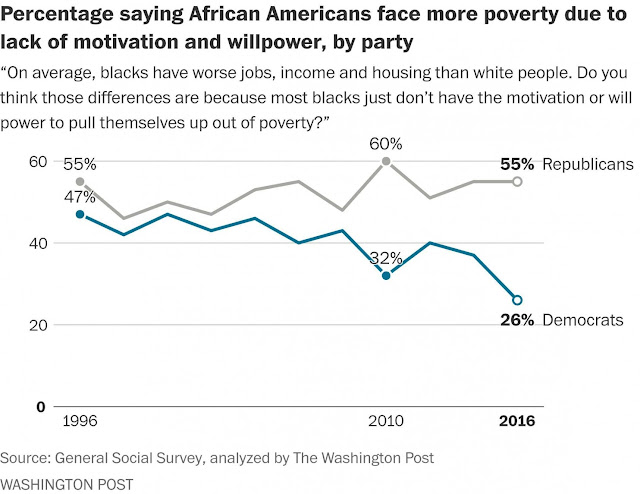 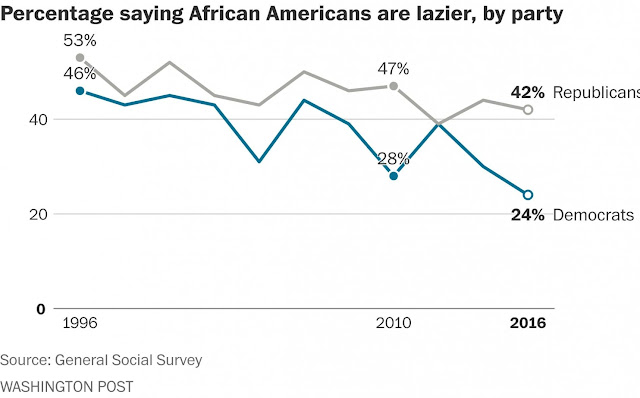 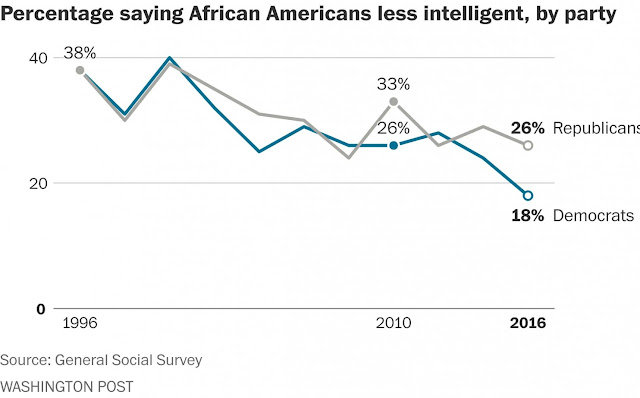 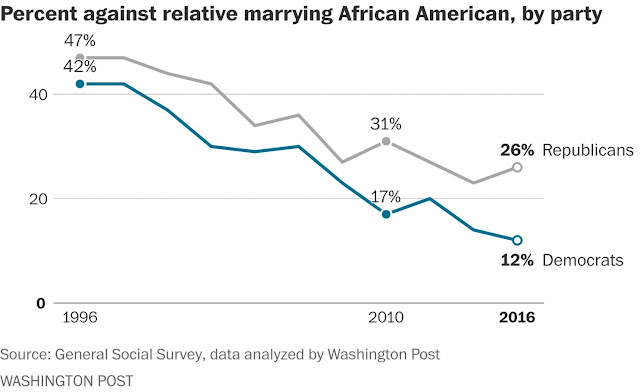 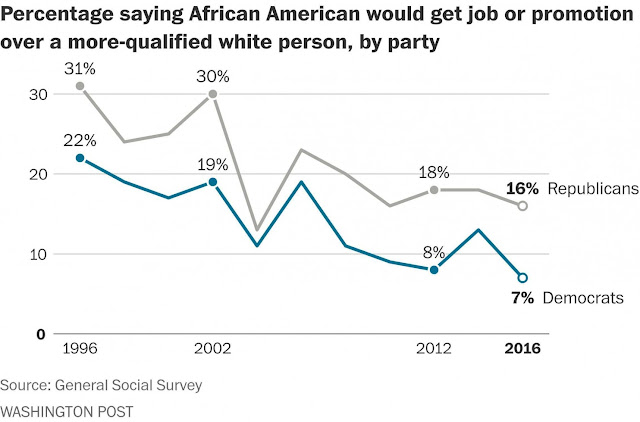 Republicans don't like it when they are called the more racist political party -- in spite of the fact that they nominated (and elected) a racist president (who picked a white supremacist as his chief advisor). They want to be known as a "big tent" party -- even though almost all of their members are white (and their policies discriminate against minority Americans).

Now, as these charts show (from the latest General Social Survey), those with a racist view make up a majority of today's Republicans. About 55% of Republicans (a significant majority) say they believe that Blacks have worse jobs, income, and housing than Whites because they lack the motivation to pull themselves out of poverty. And frankly, that is an extremely racist thing to believe.

In a country that claims to believe in equality, racism (and other forms of bigotry) should be unacceptable -- both in our institutions and our politics. It is to our great shame that it still exists in this country. And it should be shameful to Republicans to see it has such a hold on their party.
Posted by Ted McLaughlin at 12:08 AM