The Abortion Rate In The U.S. Is At An All-Time Low 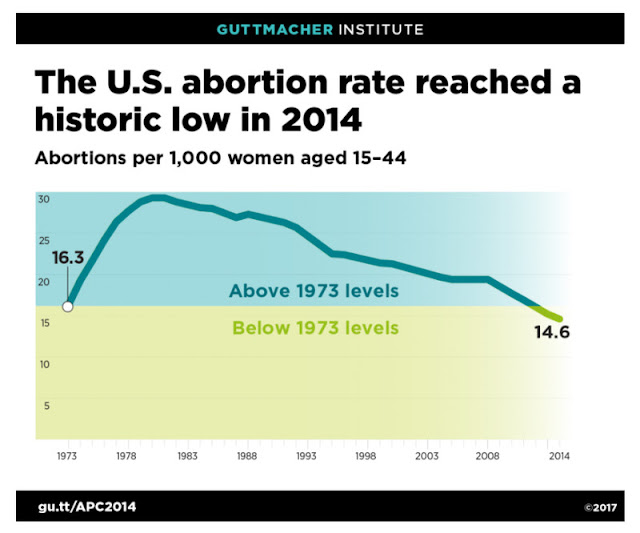 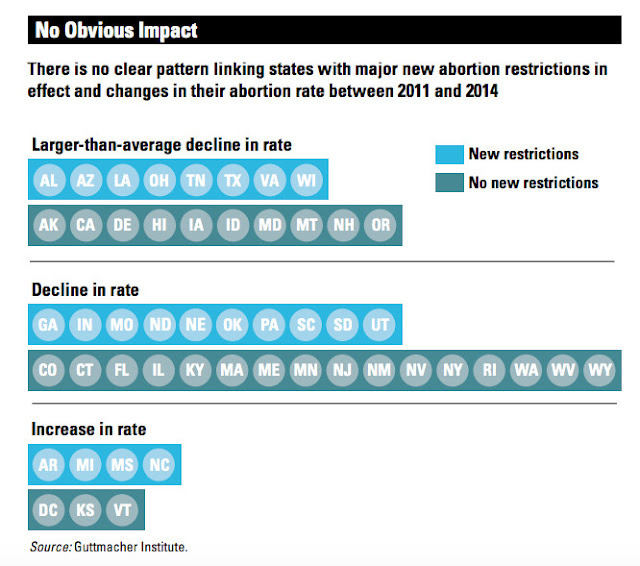 These charts are from the Guttmacher Institute. They show that the abortion rate in the United States has been dropping for many years now -- and the current rate is lower than the rate before Roe vs. Wade.

A much more likely cause for the fall in the abortion rate is the increased reliability of contraception methods and better access to those methods.
Posted by Ted McLaughlin at 12:04 AM