Trump Is Steadily Losing The Support Of Independents 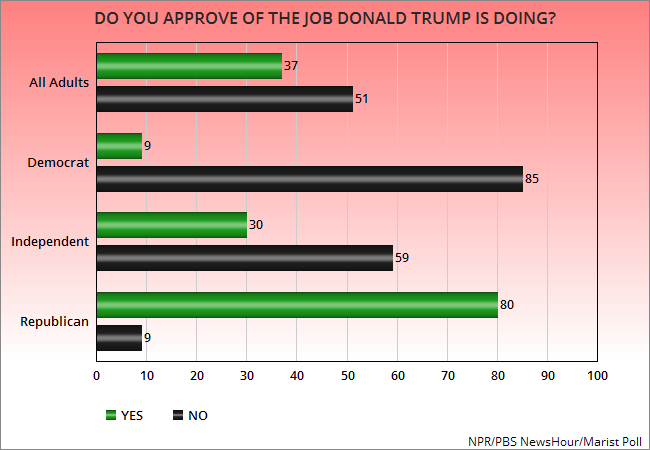 The charts reflect the results from the new NPR / PBS NewsHour / Marist Poll -- done between June 21st and 25th of a random national sample of 1,205 adults (including 995 registered voters), with a margin of error of 2.8 points.

It shows that only 37% of the public approves of the job Donald Trump is doing, while 51% disapproves -- a negative gap of 14 points.