Majority Of The Public Says Trump Lies Most Of The Time 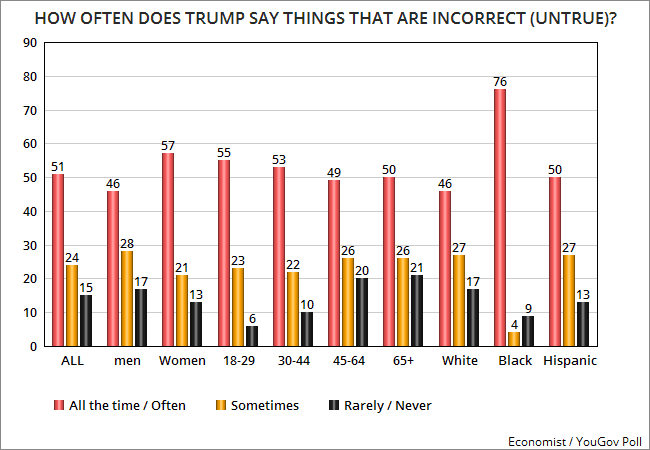 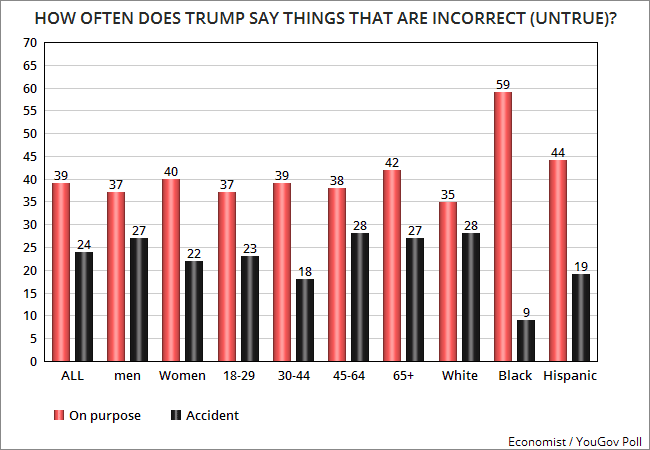 And 39% (nearly four out of 10 people) believes he does that lying intentionally, while 24% believes it is an accident (i.e., he is too ignorant of the facts to get them correct). The remaining percentage doesn't know whether the lies are intentional or due to ignorance.

These charts reflect the results from a new Economist / YouGov Poll -- done between October 22nd and 24th of a random national sample of 1,500 adults (including 1,312 registered voters), with a margin of error of 3.1 points.
Posted by Ted McLaughlin at 12:08 AM