Most Think Race Relations Are Worse Under Trump 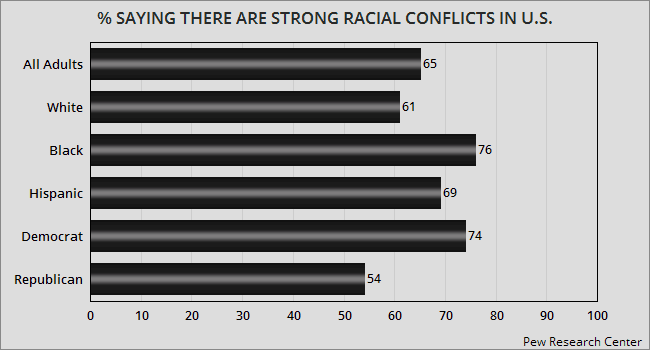 Donald Trump has said he wants to be a "uniter". That may be the most hypocritical thing he has ever said. He campaigned as a racist and bigot, and since being sworn in, he has governed as a racist and bigot. He has not only denigrated minorities in this country, but has also said that racist nazis are "good people" -- and has even tweeted as truth many lies he found on white supremacist websites. The truth is that Trump has made racial divisions in this country worse -- not better.

These charts are from a survey done by the Pew Research Center between November 29th and December 4th of a random national sample of 1,503 adults (with a 2.9 point margin of error).

The top chart shows that a significant majority of Americans believe there are strong racial conflicts in this country. And the bottom chart shows that a larger percentage think things are getting worse than did just a little over a year ago.

Trump has made race relations worse. But that shouldn't surprise anyone, since he is an unapologetic racist -- and always has been. 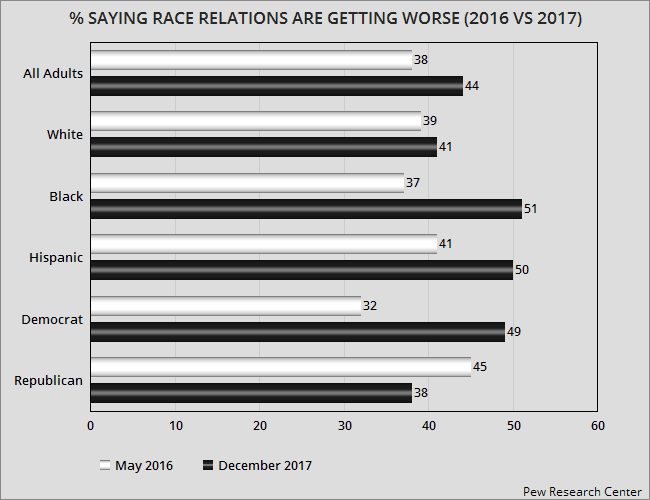