Public Still Has A Very Low Opinion Of Donald Trump 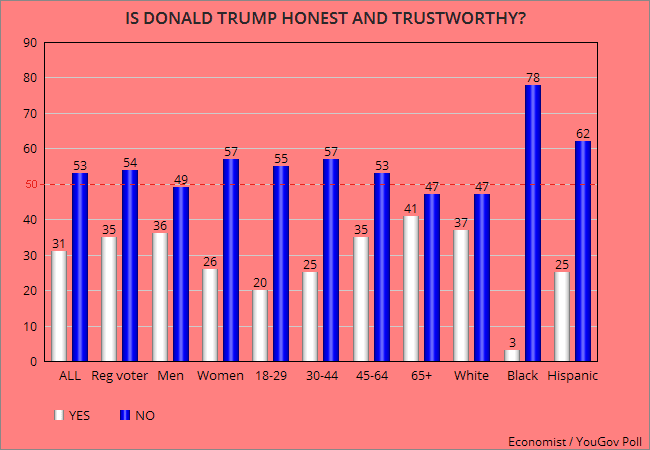 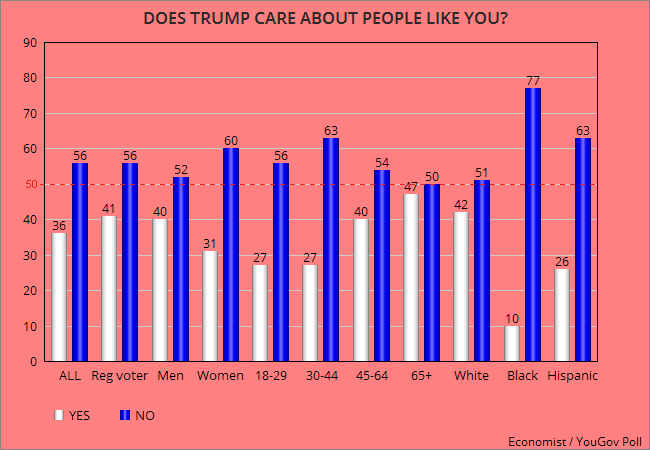 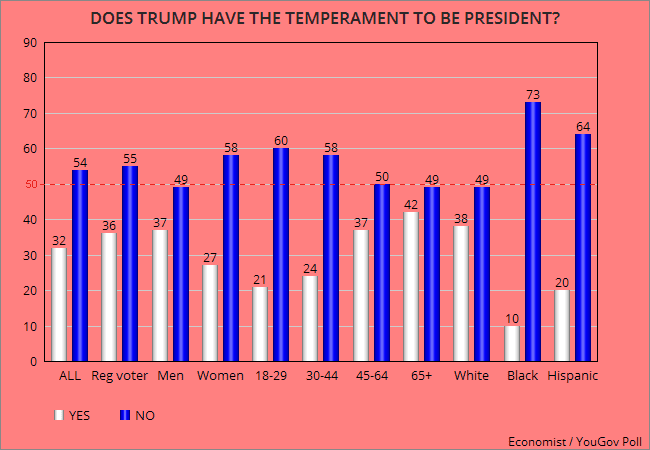 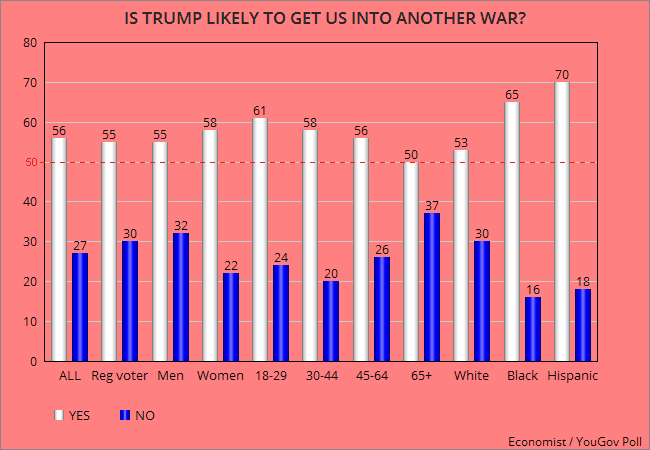 Trump's job approval numbers remain very low. Part of that is because he has accomplished very little except to overturn some Obama policies by executive order (policies that a majority of Americans liked). But part of it is also that Americans have a very low opinion of Trump, and his qualifications to be president.

Those are terrible numbers, and what should worry him (and his GOP cohorts) is that those numbers have remained relatively stable since he was sworn in. The public simply doesn't like or respect Trump.

These charts reflect information in a recent Economist / YouGov Poll -- done between December 17th and 19th of a random national sample of 1,500 adults (including 1,291 registered voters), with a margin of error of 3.1 points.
Posted by Ted McLaughlin at 12:06 AM