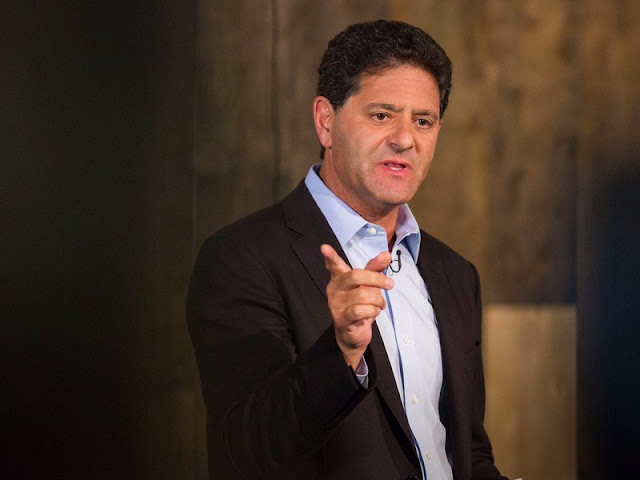 (This photo of Nick Hanauer is from the Business Insider.)

Venture Capitalist Nick Hanauer explodes the old myth that raising the minimum wage kills jobs in this op-ed for Business Insider. Here is most of what he writes:


In a first-of-its-kind report, researchers at the National Employment Law Project pore over employment data from every federal increase since the minimum wage was first established, making "simple before-and-after comparisons of job-growth trends 12 months after each minimum-wage increase."
What did the researchers find? The paper's title says it all: "Raise Wages, Kill Jobs? Seven Decades of Historical Data Find No Correlation Between Minimum Wage Increases and Employment Levels."
The results were clear. Of the nearly two dozen federal minimum-wage hikes since 1938, total year-over-year employment actually increased 68% of the time.
In those industries most affected by the minimum wage, employment increases were even more common: 73% of the time in the retail sector, 82% in low-wage leisure and hospitality.
"These basic economic indicators show no correlation between federal minimum-wage increases and lower employment levels," the authors write.
In fact, if anything, the data suggest that increases in the federal minimum appeared to encourage job growth and hiring.
Perhaps even more striking, of the only eight times that total or industry-specific employment declined after a minimum-wage increase, the US economy was already in recession (five times), technically just emerging from recession (twice), or about to head into recession (once).
Clearly, this handful of employment downturns would be better explained by the normal business cycle than by the minimum wage.
"As those results mirror the findings of decades of more sophisticated academic research," the authors conclude, "they provide simple confirmation that opponents' perennial predictions of job losses are rooted in ideology, not evidence."
But while there is no evidence that raising the minimum wage is the "risky" "gamble" that doomsayers describe, the devastating economic costs of keeping wages too low are very well documented.
After decades of stagnant wages, 73 million Americans — nearly one quarter of our population — now live in households eligible for the Earned Income Tax Credit, a benefit exclusively available to the working poor.
And according to a 2014 report from the Organization for Economic Cooperation and Development, rising income inequality (and the reduced consumer demand that comes with it) knocked 6% to 9% off US economic growth over the previous two decades.
Wow. If the US economy were 9% bigger than it is today, it would have created about 11 million additional jobs. Imagine how great that would be for both American workers and businesses.
To be clear, I am not suggesting that there's no limit to how high we can raise the minimum wage. But minimum-wage opponents are not haggling over a number. They are not making a nuanced argument that the minimum wage might be bad for some people if it's too high or phased in too fast or if the economy is too weak to absorb the change.
No, their core claim is that the minimum wage always hurts the whole economy — that it will always reduce growth— that it is always a sure-fire "job-killer."
For decades, our minimum-wage debate has been dominated by ideology — the zero-sum claim that if wages go up, employment must inevitably go down — leading even many progressives to believe that the minimum wage is at best a necessary trade-off between fairness and growth.
But 78 years of evidence demonstrates that this old trickle-down model just isn't true. On the contrary: When workers have more money, businesses have more customers and hire more workers. That is the virtuous cycle that has always described the way market economies actually work.
So if you are genuinely worried about killing jobs, our current $7.25-an-hour minimum wage is arguably far riskier than $15.
Posted by Ted McLaughlin at 12:02 AM