Study Shows Trump's Claim Of Criminal Immigrants Is A LIE 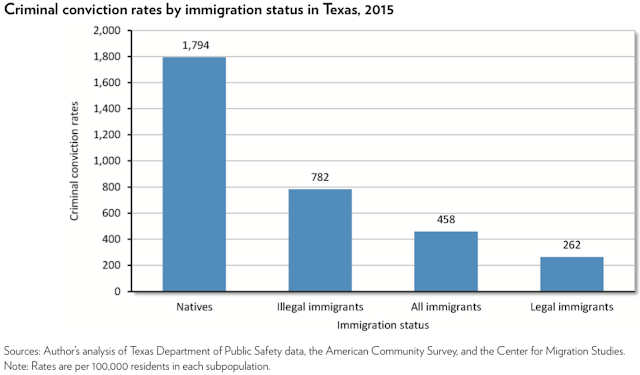 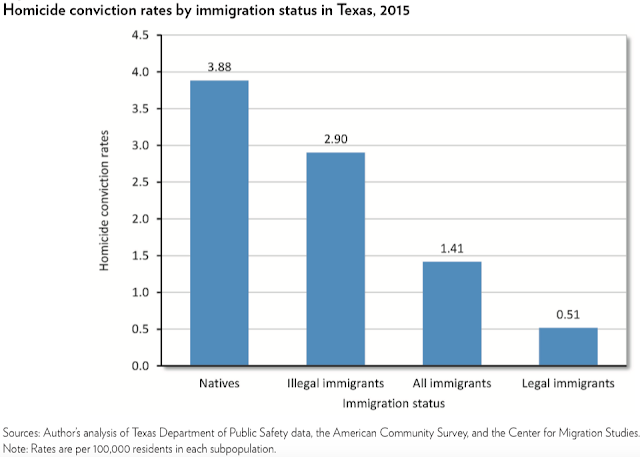 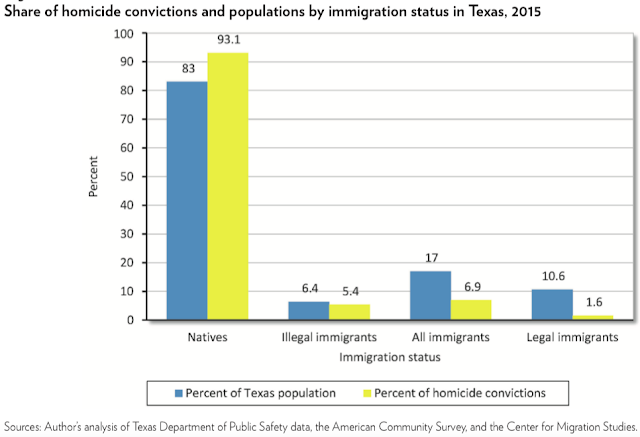 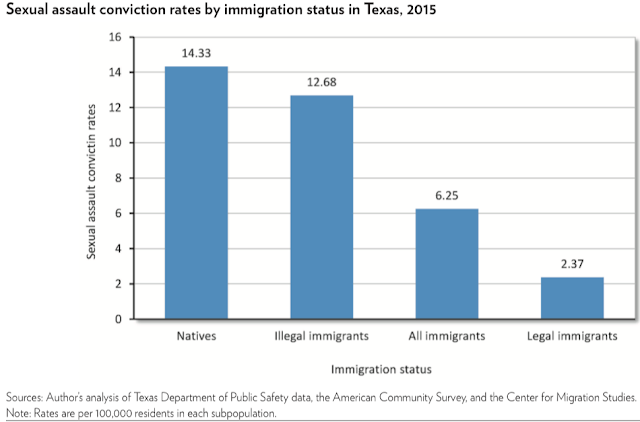 Donald Trump campaigned on an allegation that immigrants, especially undocumented immigrants, were a danger to the American society. He claimed that Mexico was "sending" us their worst people -- criminals, murderers, and rapists.

That is simply not true. First, Mexico is not sending anyone. Those who come do so on their own, and do it to better themselves and their families. And those who do come commit far fewer crimes than American citizens do. That latter thing is verified by a new study of crime and immigrants in Texas (a state with one of the largest undocumented immigrant population).

You can access the study on the website of the Cato Institute. This organization is certainly no liberal mouthpiece. It is a far right (libertarian) organization. The study uses data compiled by the Texas Department of Public Safety.

The truth is that immigrants (documented or undocumented) do NOT commit more crimes than citizens. They commit far less crimes. Even the far right knows that.
Posted by Ted McLaughlin at 12:02 AM