These charts show the results of a recent AP / NORC Poll -- done between February 22nd and March 9th of a national sample of 1,027 young people between the ages of 15 and 34. The margin of error is about 4.2 points.

Young people equate the Republican Party with Donald Trump. By a 21 point margin, they say Trump represents the current Republican Party. That's not good, because they also have a low opinion of Trump.

Those are not the numbers a Republican should want for the leader of their party. Those are numbers they will rub off on them. And it gets worse. Note the chart below, which shows the young people don't just dislike Trump. They also favor many policies that congressional Republicans oppose.

In the past, this might not have been terrible for Republicans, because young people haven't voted in as large numbers as other age groups. But there has recently been a political awakening among young people. And after their march on the 24th of this month, they have gotten a taste of the power they hold. It is very likely they will take this new passion for politics into the voting booth next November.

Combined with the vote of women and minorities, that could spell disaster for Republicans. 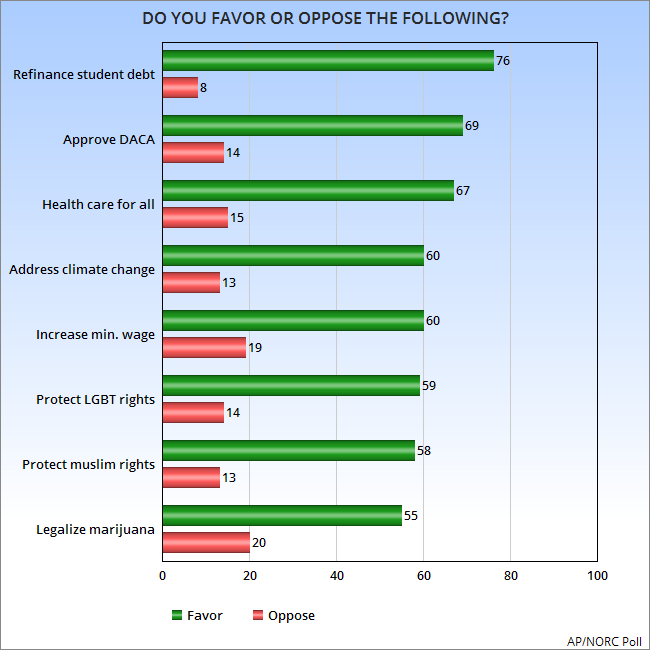