Who Do The Political Parties Care For The Most ? 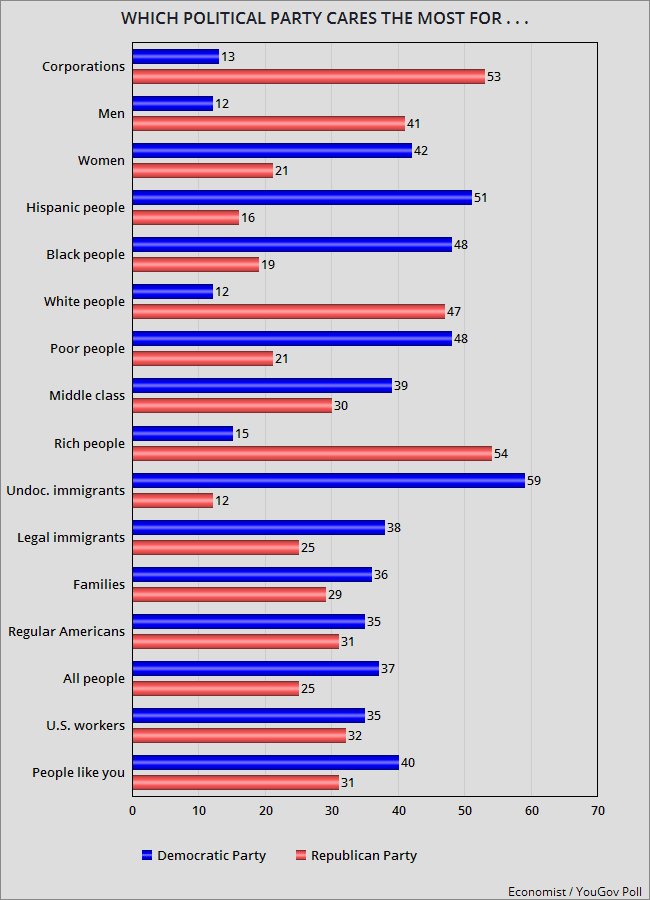 This chart reflects the results of a new Economist / YouGov Poll -- done between June 24th and 26th of a national sample of 1,500 adults, with a 3.1 point margin of error.

The poll asked which political party cares the most for various groups.

Respondents said the Democratic Party cared the most for women, Hispanics, Black people, poor people, the middle class, immigrants (both legal and undocumented), families, regular Americans, all people, U.S. workers, and people like them.
Posted by Ted McLaughlin at 12:06 AM