There Is An Alternative To The GOP's Trickle-Down Policy 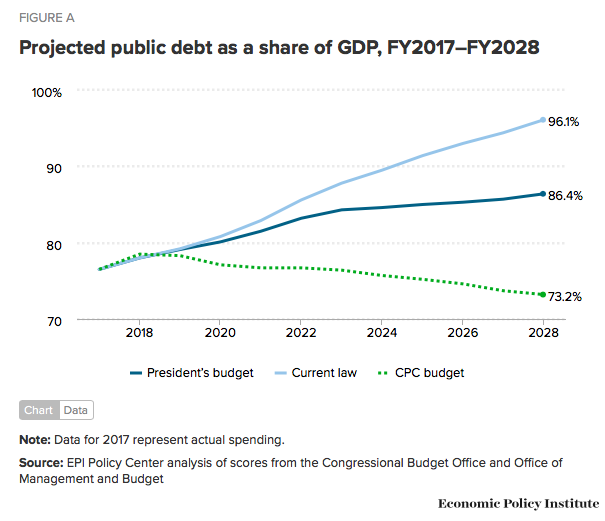 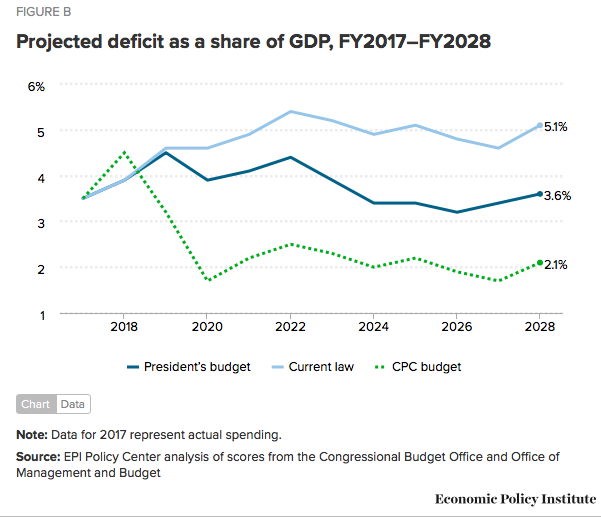 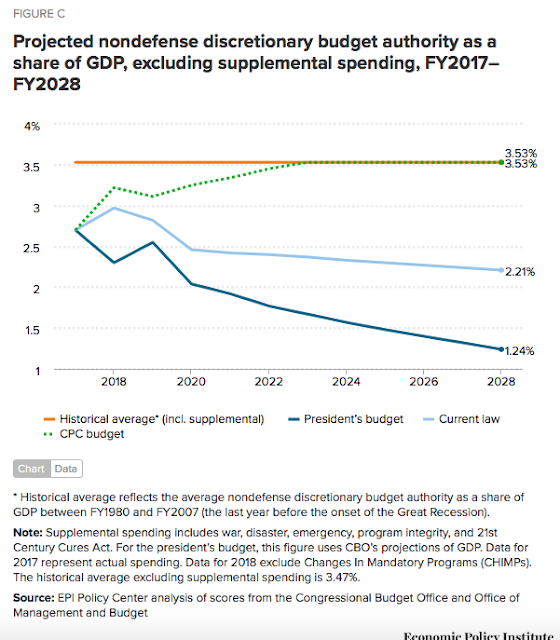 The Congressional Progressive Caucus (CPC) has released its budget for the 2019 fiscal year. It offers a reasonable, fair, and sustainable alternative to the corporate-loving "trickle-down" economic policies of Donald Trump and the Republican Congress.

The Economic Policy Institute has scored the CPC budget. Their article on the CPC budget is fairly lengthy, but I highly recommend reading it. Here is a fairly short summary of what they found:


The Congressional Progressive Caucus (CPC) has unveiled its fiscal year 2019 (FY2019) budget, titled The People’s Budget: A Progressive Path Forward. It builds on recent CPC budget alternatives in setting the following priorities: near-term job creation, financing public investments, strengthening low- and middle-income families’ economic security, raising adequate revenue to meet budgetary needs while restoring fairness to the tax code, strengthening social insurance programs, and ensuring long-run fiscal sustainability.
This paper details the budget baseline assumptions, policy changes, and budgetary modeling used in developing and scoring The People’s Budget, and it analyzes the budget’s cumulative fiscal and economic impacts, notably its near-term impacts on economic recovery and employment.
Figures A–C—which show the impact of The People’s Budget on debt, deficits, and nondefense discretionary funding compared with current law, the president’s budget, and historical averages . . .
We find that The People’s Budget would have significant, positive impacts. Specifically, it would:
For the eighth year in a row, the Economic Policy Institute Policy Center (EPIPC) has provided assistance to the Congressional Progressive Caucus (CPC) in analyzing and scoring the specific policy proposals in its alternative budget and in modeling its cumulative impact on the federal budget over the next decade. The policies in CPC’s fiscal year 2019 budget—The People’s Budget: A Progressive Path Forward—reflect the decisions of CPC leadership and staff, not those of EPIPC (although many of the policies included in the budget overlap with policies included in previous EPI budget plans). All policy proposals have been independently analyzed and scored by EPIPC based on a variety of sources, notably data from the Congressional Budget Office (CBO) and the Office of Management and Budget (OMB).
Posted by Ted McLaughlin at 12:02 AM