Support For Kavanaugh Is Very Weak Among The Public 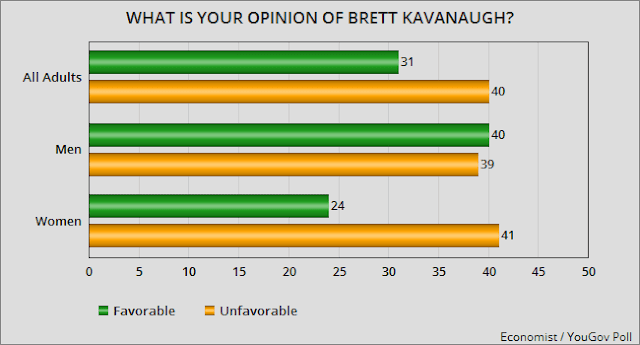 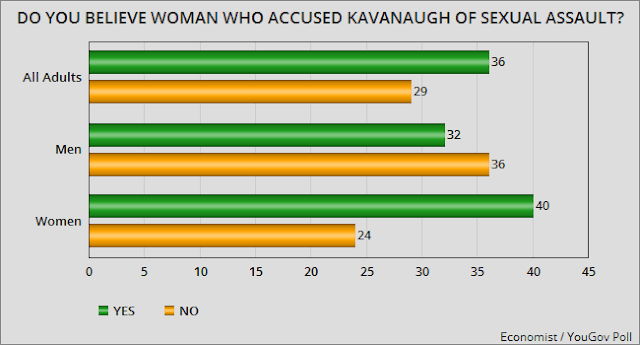 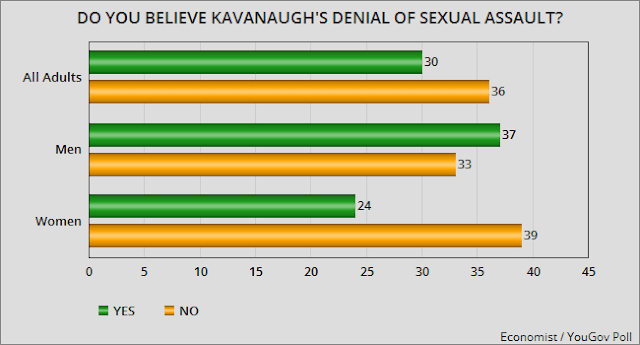 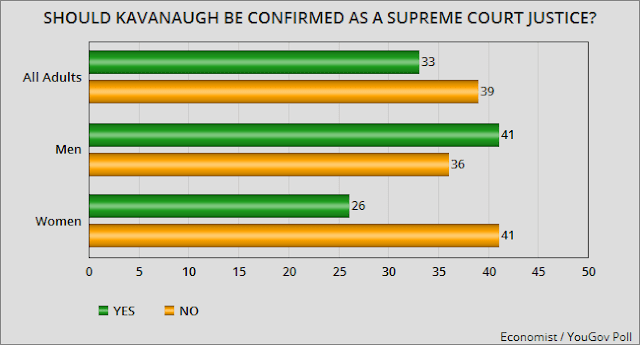 Senate Republicans seem determined to push through the confirmation of Brett Kavanaugh to sit on the United States Supreme Court. Creating an ideological court leaning far to the right is more important to them than putting a decent person on the court (whether left or right).

That probably plays well with their deplorable base voters (who eagerly supported a man without morals or ethics in the 2016 election). But it's not registering well with the public in general (or with women in particular). Both groups show more disapproval of Kavanaugh than approval.

The charts above are from the newest Economist / YouGov Poll -- done between September 23rd and 25th of a national sample of 1,500 adults, with a margin of error of 2.9 points.
Posted by Ted McLaughlin at 12:06 AM