Majority Says NO To Trump Run For Re-Election In 2020 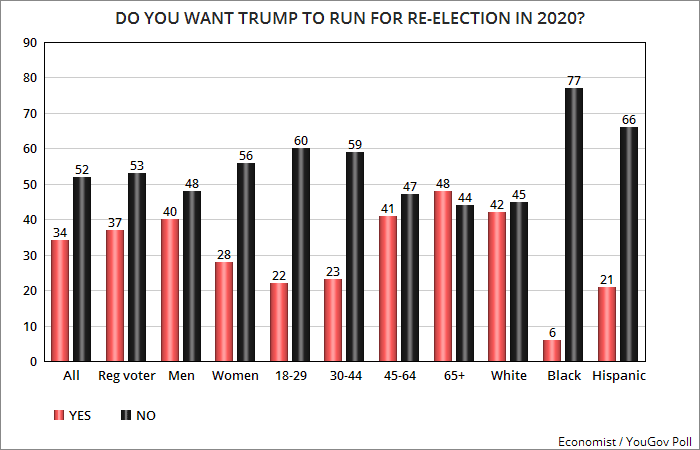 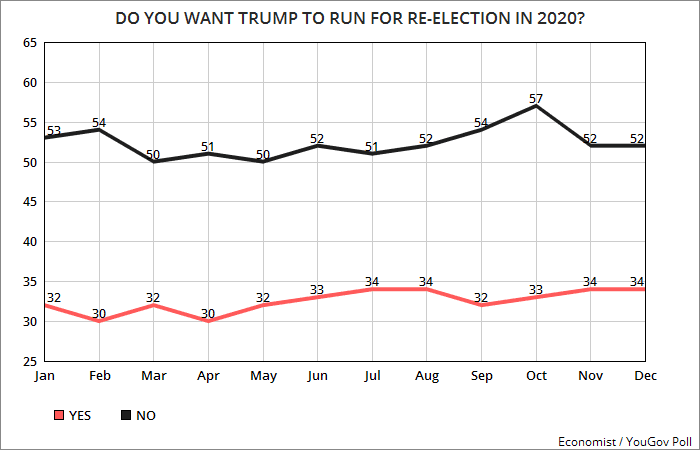 The top chart is from the latest Economist / YouGov Poll -- done between December 23rd and 25th of a national sample of 1,500 adults (including 1,298 registered voters). The margin of error for adults is 3.1 points, and for registered voters is 2.8 points.

Those are some pretty terrible numbers. But the second chart shows it's worse. The latest poll is not an aberration. The numbers wanting him not to run have been remarkably stable for the last year.

There's still plenty of time before the 2020 election for Trump to improve those numbers, but he seems uninterested in doing that. Everything he does is just geared toward pleasing his base -- not toward increasing that base.

I expect the numbers will look very similar a year from now.
Posted by Ted McLaughlin at 12:04 AM