Most Admired Of 2018 Are Barack And Michelle Obama 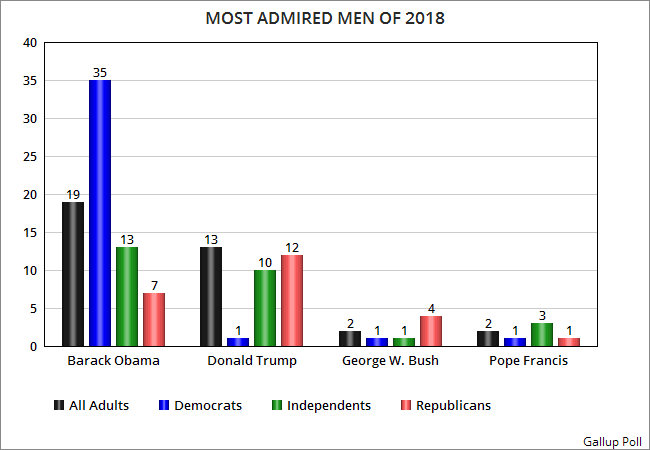 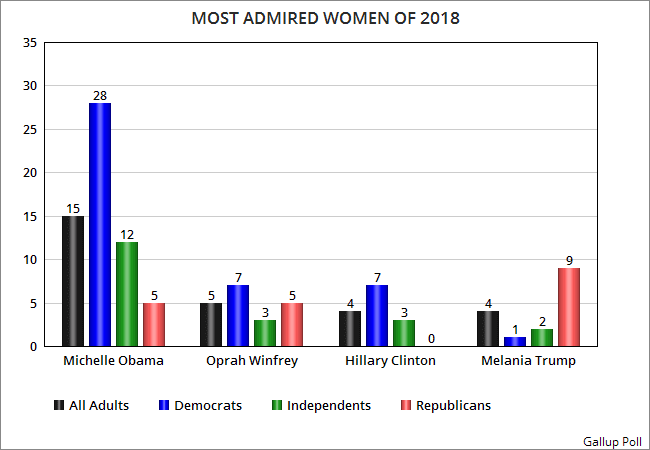 Normally, the most admired man is the president, but that is no longer true. Donald Trump finished 6 points behind Barack Obama (19% to 13%).

Michelle Obama easily outpaced others, finishing 10 points ahead of Oprah Winfrey (15% to 5%).

This Gallup Poll was done between December 3rd and 12th of a national sample of 1,025 adults, with a 4 point margin of error. 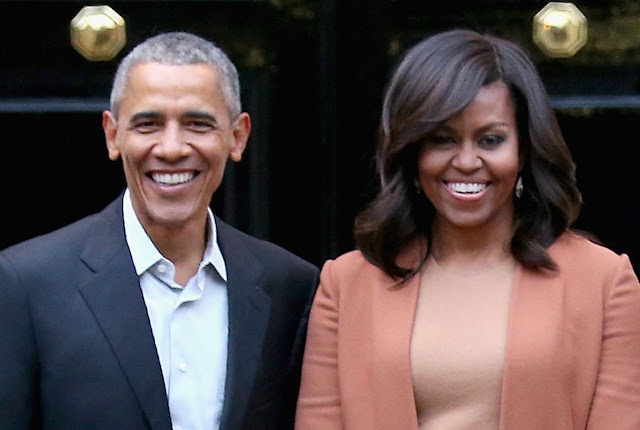 (Photo of Barack and Michelle Obama, from Essence, is by Chris Jackson / Getty images.)
Posted by Ted McLaughlin at 12:08 AM