Open Letter From Former GOP Congressmen To Current Ones 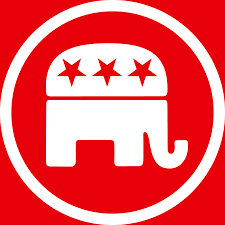 It isn't just Democrats that oppose Donald Trump's declaration of a national emergency to build his border wall (using money that Congress appropriated for another purpose).

Some Republicans also oppose it. They understand that Trump is just trying to do an unconstitutional end run around Congress -- and that his action fundamentally alters the palace of power in our national government.


As Republican Members of Congress, each of us started with one central understanding of our party’s overarching commitment: to honor our pledge to protect and defend the Constitution of the United States. After each election, when our constituents granted us the privilege to again represent them in Congress, we renewed that pledge. It has always been a Republican fundamental principle that no matter how strong our policy preferences, no matter how deep our loyalties to presidents or party leaders, in order to remain a constitutional republic we must act within the borders of the Constitution. Our oath is to put the country and its Constitution above everything, including party politics or loyalty to a president.

We who have signed this letter are no longer Members of Congress but that oath still burns within us. That is why we are coming together to urge those of you who are now charged with upholding the authority of the first branch of government to resist efforts to surrender those powers to a president.

We offer two arguments against allowing a president—any president, regardless of party—to circumvent congressional authority. One is the constitutional placing of all lawmaking power in the hands of the people’s representatives. Article 1 of the Constitution, which vests the legislative branch with specific powers, states in section 9: “No money shall be drawn from the Treasury, but in Consequence of Appropriations made by Law.” The power of the purse rests with Congress because it is comprised of 535 representatives of the taxpayer and is the most direct connection between those being governed and those governing. If you allow a president to ignore Congress, it will be not your authority but that of your constituents that is deprived of the protections of true representative government.

The second argument goes directly to the question each of you must face: how much are you willing to undermine both the Constitution and the Congress in order to advance a policy outcome that by all other legitimate means is not achievable? The current issue—a wall on our southern border—has gone through the process put in place by the Constitution. It has been proposed by the President, it has been debated by Congress, and the representatives of the people allocated funding at a level deemed appropriate by Congress. We understand that there are many Members of Congress who disagree with the final funding compromise reached by a bipartisan group of legislators. To you, we ask this question: what will you do when a president of another party uses the precedent you are establishing to impose policies to which you are unalterably opposed? There is no way around this difficulty: what powers are ceded to a president whose policies you support may also be used by presidents whose policies you abhor.

Like us, you have taken an oath of office. You were elected to Congress to carry out the constitutional duties and responsibilities of the United States House of Representatives and the United States Senate. You were sent to Congress to be the voice of the people. That is an awesome burden and it may require you to exercise restraint to protect the constitutional model—that which is the root of American exceptionalism—and to keep it from being sacrificed on the altar of expediency.

We who have served where you serve now call on you to honor your oath of office and to protect the Constitution and the responsibilities it vested in Congress. We ask that you pass a joint resolution terminating the emergency declared by the President on February 15, 2019.