The Blue And Red States - And The Competitive States 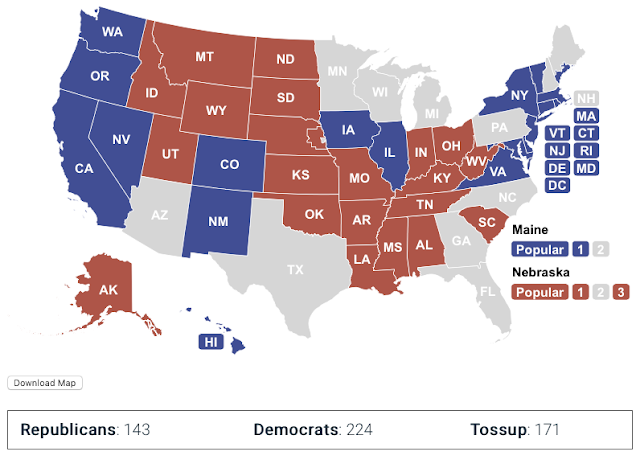 If Donald Trump is to be re-elected, he will need to win 127 of the 171 electoral votes in the competitive states, while a Democrat would need to win just 46 of those votes. That gives Democrats a significant advantage, but as we learned in 2016, not an advantage that can't be overcome.

What do you think? Is the map accurate? I just have one quibble with it.

Having been born in Texas and living most of my life there, I'm not sure Texas can be listed in the competitive column. Texas is changing thanks to demographic trends, but it is still a very red state. While Trump's job approval numbers are upside-down in the state, it is not by much. And there are still more Republicans than Democrats in the state, and too many that will vote for anyone with an "R" by their name.

I like the idea of Texas being a competitive state, and I sincerely hope it is true. I'm just not yet convinced.
Posted by Ted McLaughlin at 12:04 AM