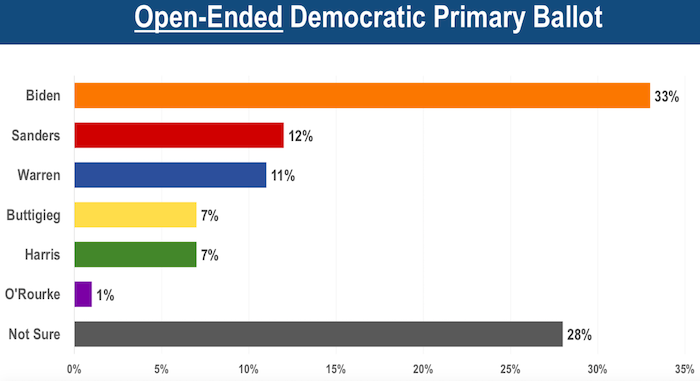 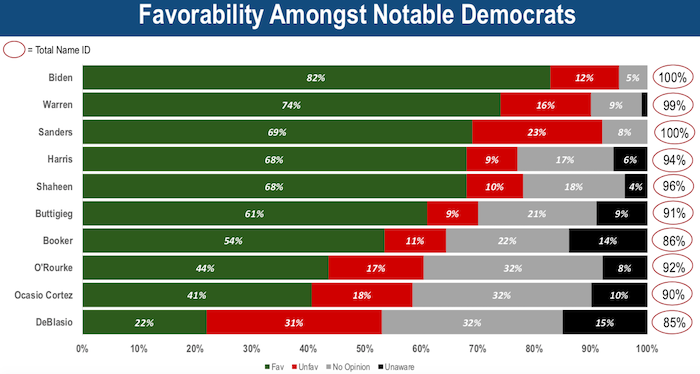 The two charts above are from the Tel Opinion Research Poll of New Hampshire Democrats and Democratically-leaning Independents. About 600 voters were questioned between May 20th and 22nd, and the poll has a 4 point margin of error. 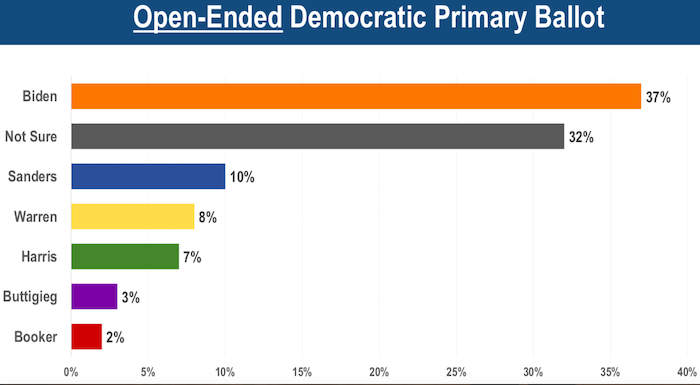 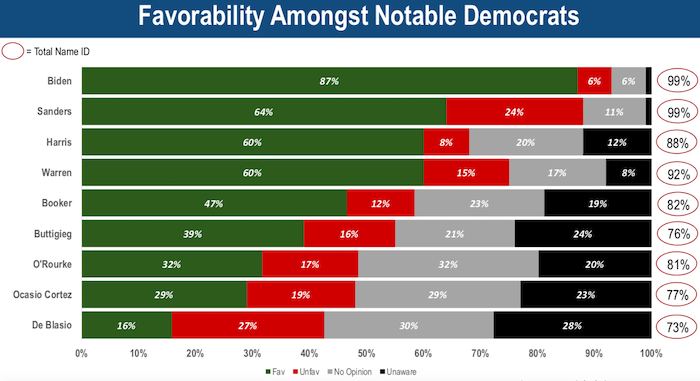 The two charts above are from the Tel Opinion Research Poll of South Carolina Democrats and Democratically-leaning Independents. They questioned 600 voters between May 22nd and 24th, and the poll has a 4 point margin of error.

South Carolina is not a surprise. Sanders lost it in 2016, and is likely to lose there again in 2020. But New Hampshire is a big surprise for me. Sanders won over 60% of the New Hampshire vote in 2016, and to remain a viable candidate in 2020, he needs to win there again. Trailing by more than 20 points could signal that the Sanders campaign is in trouble.

NOTE -- In these polls, voters were not given a list of candidates to choose from. Instead, they were asked simply -- Who would you like to see win the Democratic presidential nomination?
Posted by Ted McLaughlin at 12:04 AM