It's Time To Start An Impeachment Hearing For Trump 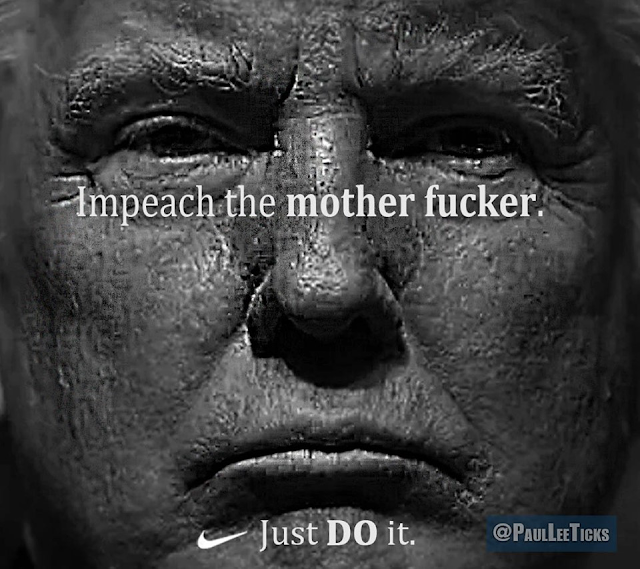 It is time to start impeachment proceedings against Donald Trump!

House Democrats have balked at starting those proceedings because they know that right now there is not a majority of Americans supporting the impeachment and removal of Trump. But there is also not a majority opposing that. 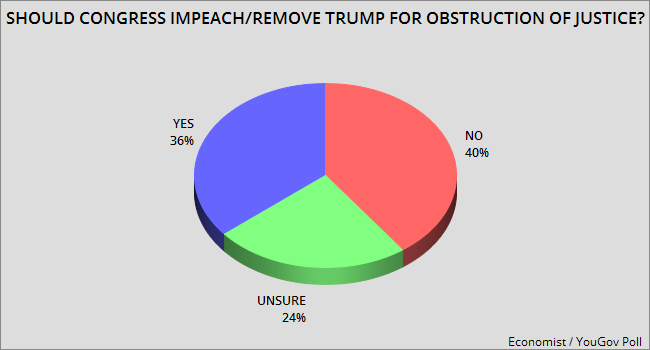 The chart above reflects the results of the latest Economist / YouGov Poll on impeachment -- done between May 12th and 14th of a national sample of 1,500 adults, with a 2.8 point margin of error.

It shows that 36% want Trump impeach while 40% do not. A substantial 24% are unsure about impeachment and removal.

It is a fact that Donald Trump, in multiple instances, did attempt to obstruct justice by trying to stop the investigation into Russian interference into the 2016 election. He was not successful, but not being successful is not a defense. It is a crime to attempt obstruction. Over 1000 former federal prosecutors have signed a petition saying Trump did commit a crime by trying to obstruct justice.

Those prosecutors have read the Mueller Report -- something most citizens have not done. And most people are not going to read the over 400 page report. The public can only be convinced of Trump's criminality through public hearings.

Democrats have wanted to do that through normal committee hearings, and once the public was convinced, then start impeachment proceedings. But Trump has blocked attempts to do that by refusing to turn over documents and refusing to allow people to testify. This is also obstruction, but it could take months of court fighting to get those documents and testimony.

Trump is betting that Democrats don't have the backbone to impeach him, and if they do the Senate Republicans will protect him. The House Democrats need to have the political courage to do the right thing -- start impeachment proceedings. If they are successful in painting a vivid picture of Trump's criminality to the public, the GOP senators might be forced to dump him (just like Nixon). If they don't, they'll be punished at the polls.

It's time for impeachment hearings to be started. No president is above the law, and criminality from the White House cannot be tolerated.
Posted by Ted McLaughlin at 12:04 AM