Biden Has Far More Internet "Hits" Than Other Candidates 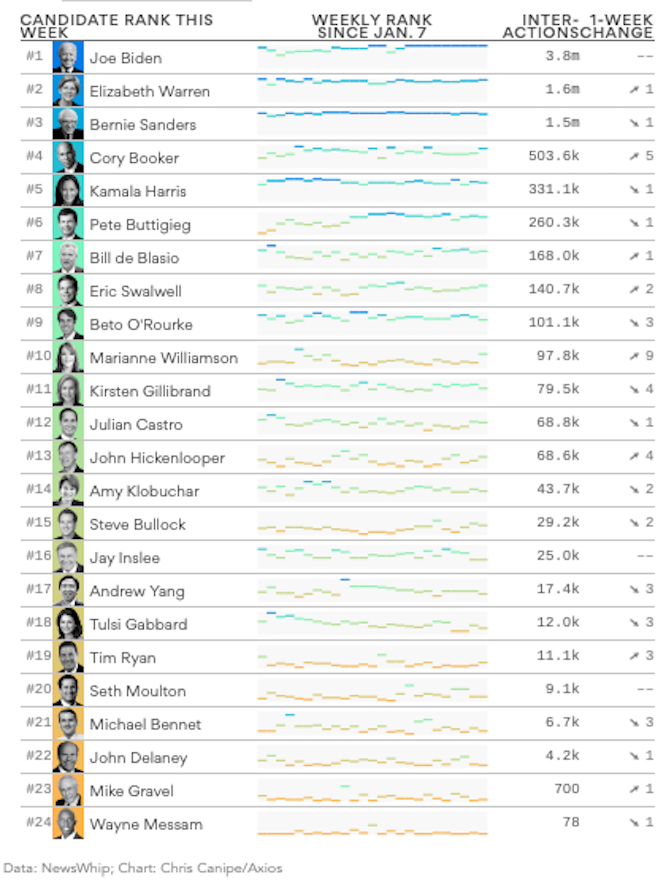 
Methodology: This project measures the number of social media interactions generated on stories published about the 2020 candidates and issues.
Posted by Ted McLaughlin at 12:04 AM