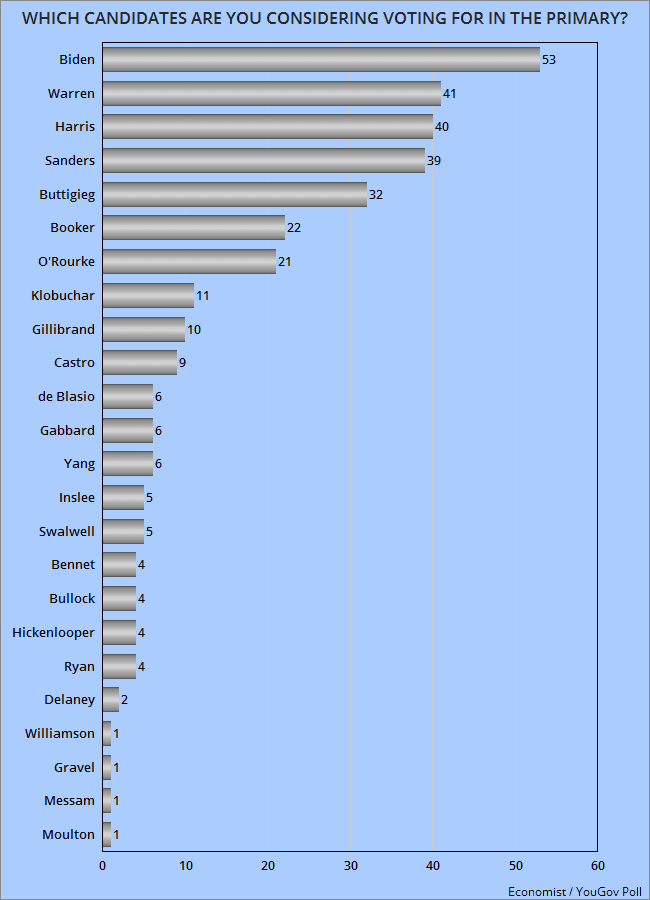 The new Economist / YouGov Poll has been released. It was done between June 2nd and 4th of a national sample of 1500 adults (including 1,195 registered voters). The margin of error for adults is 2.7 points, and for registered voters is 3 points. These charts include the opinions of 550 people who indicated they would vote in the Democratic primary.

The top chart asked respondents who they are considering voting for in the primary, and they were allowed to choose as many candidates as they wished. Only one candidate was being considered by a majority -- Joe Biden (53%). Three others are being considered by about four out of ten respondents -- Elizabeth Warren (41%), Kamala Harris (40%), and Bernie Sanders (39%). 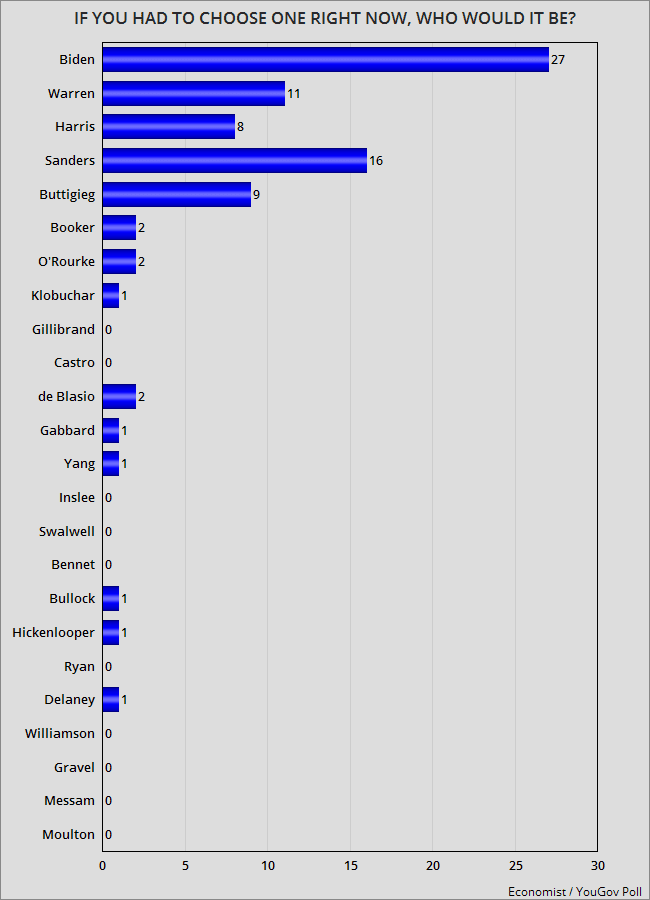