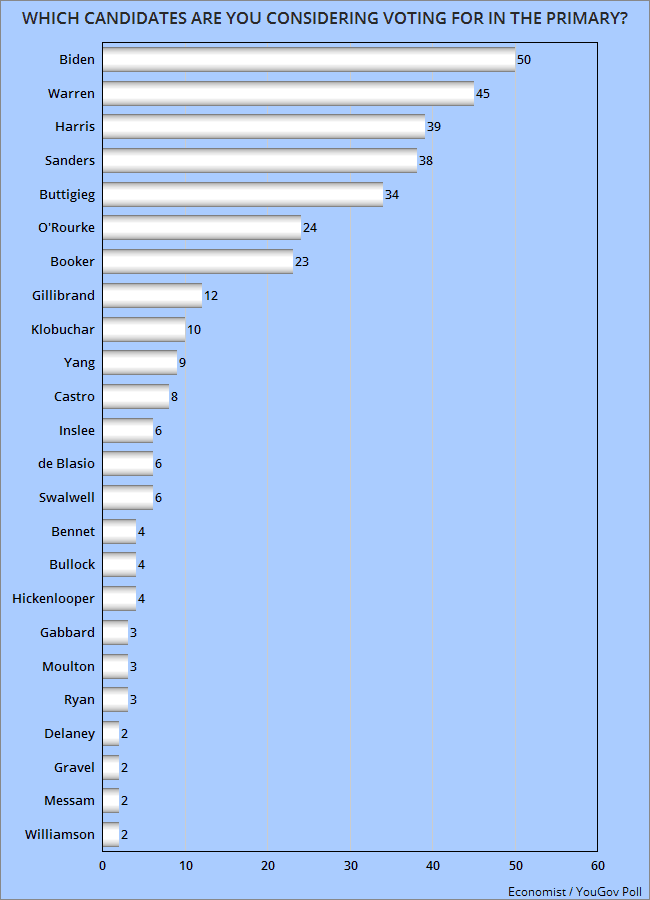 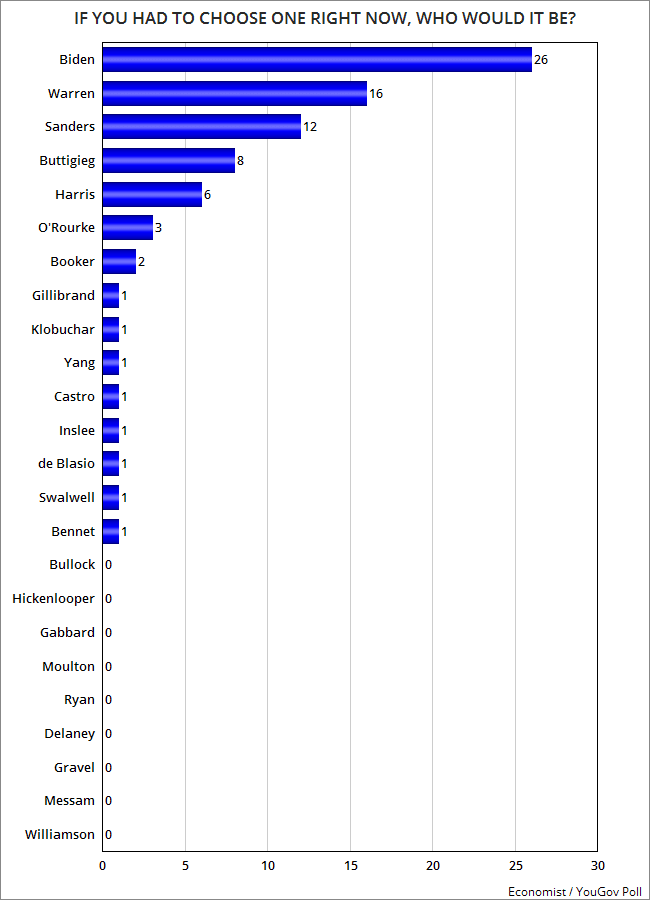 These charts reflect the results of the latest Economist / YouGov Poll. They questioned 513 nationwide Democrats and Democratic-leaning Independents between June 9th and 11th. No margin of error was given for that group.

In all of the past polls by YouGov, Bernie Sanders had finished second to Joe Biden. That changed this time. Sanders dropped to third as Elizabeth Warren moved into second behind Biden this time -- in both charts.

Things could change after the first debate (in less than two weeks), but for now, Warren's campaign seems to be gaining ground while Sanders is losing ground.
Posted by Ted McLaughlin at 12:06 AM