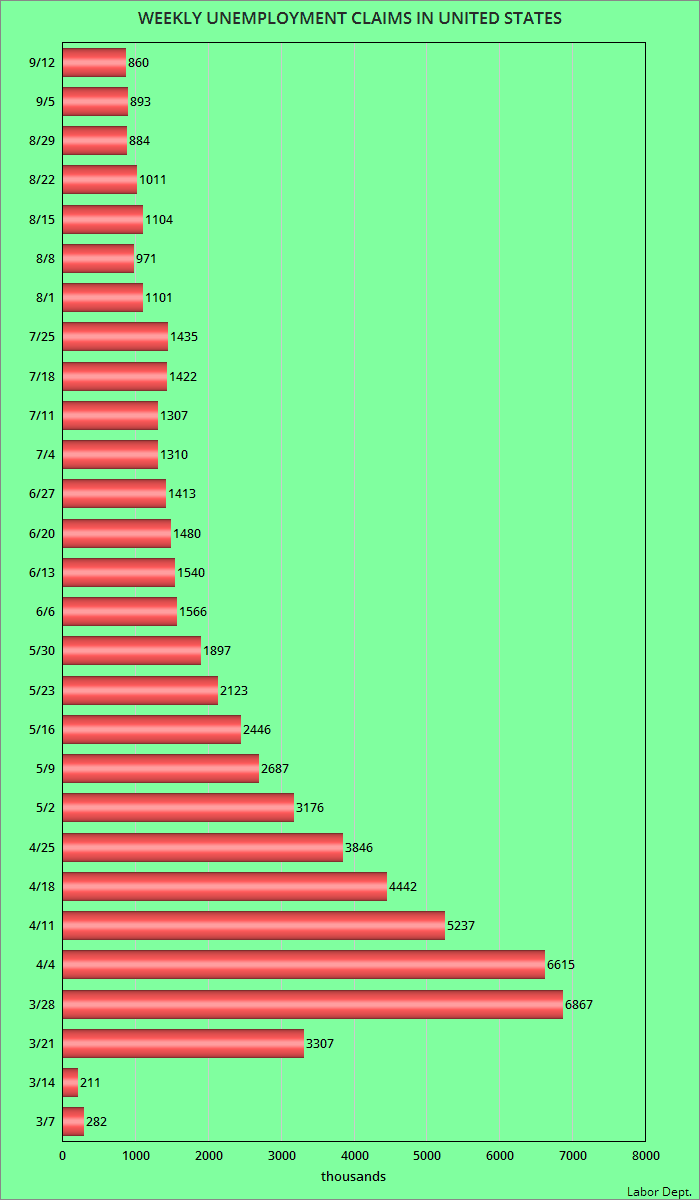 The Labor Department released its weekly statistics on the number of unemployed workers filing a new claim for unemployment benefits. In the week ending 9/12/20, another 860,000 workers filed for benefits. That's slightly below last week's number, but still about four times the number that was filing before the Trump Recession.