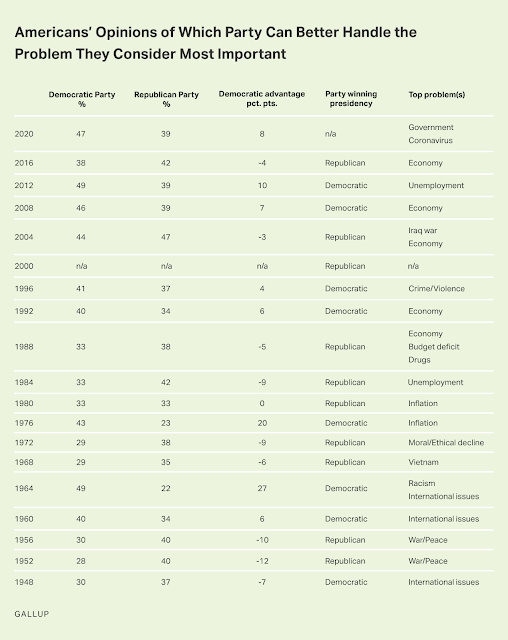 The chart above is from the Gallup Poll. It show the party viewed as best to handle the nation's problems in presidential election years from 1948 to this year. Note that this year the Democrats are considered the party that can best handle U.S. problems -- by an 8 point margin.

This year's poll by Gallup was done between August 31st and September 30th of a national sample of 1,019 adults, with a 4 point margin of error.