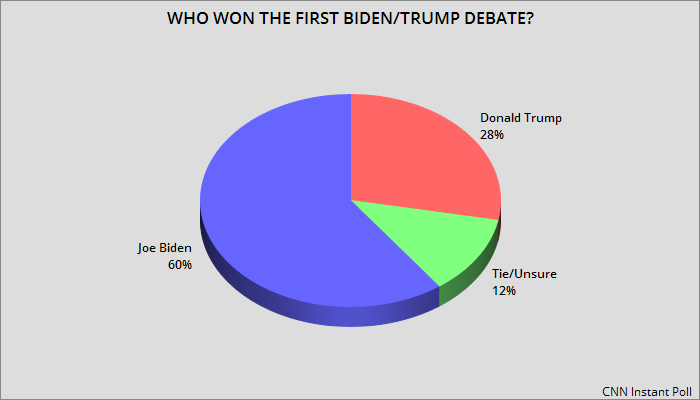 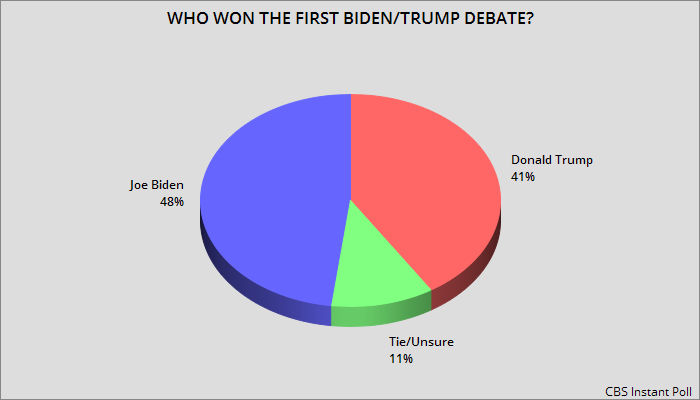 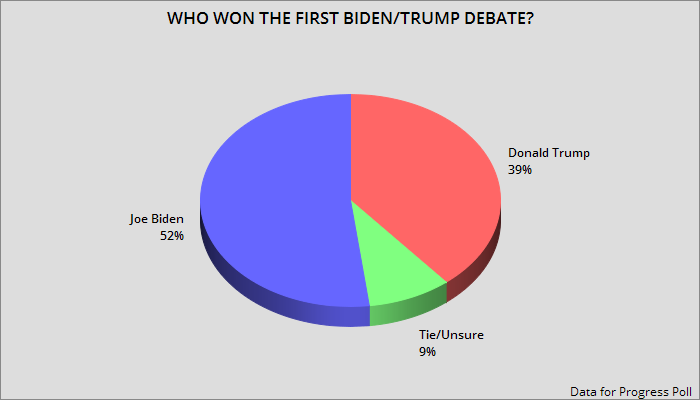 Donald Trump is trailing in all national polls by a significant amount. He needed to appeal to voters in last Tuesday's debate to try and close that gap. But all he had was lying and bullying, and the voting public wasn't impressed. CNN, CBS , and Data for Progress did instant polls after the debate, and all had Biden as the debate winner -- CNN by 32 points, CBS by 7 points, and Data for Progress by 13 points.