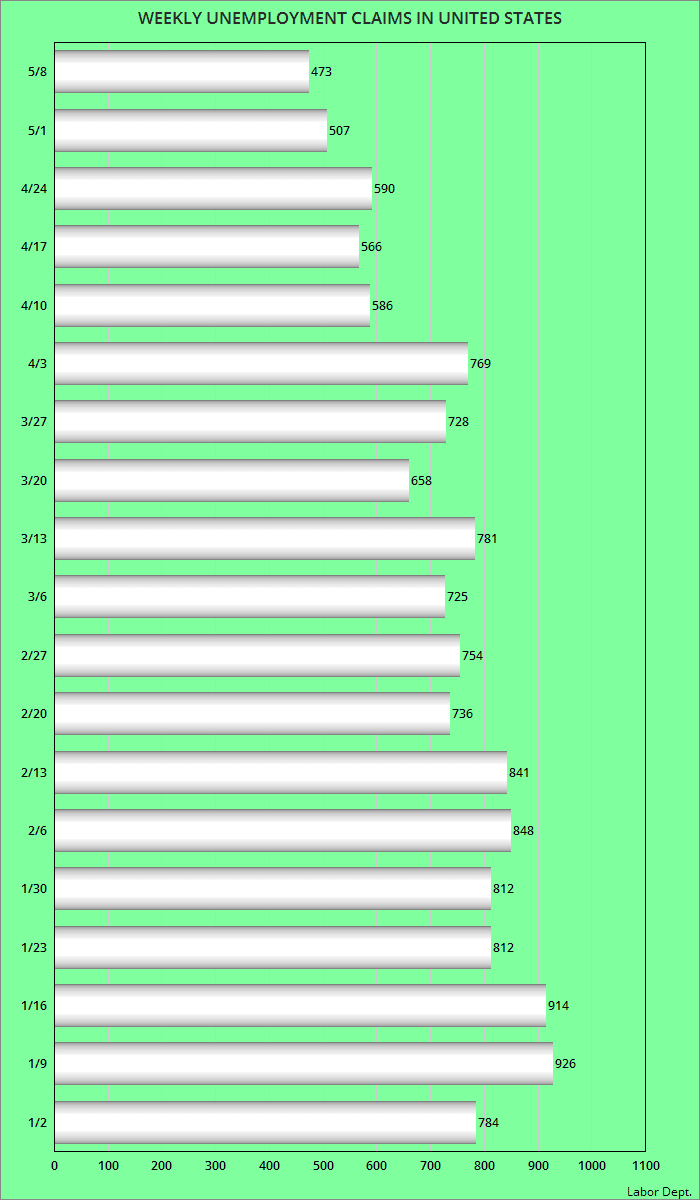 The Labor Department released its weekly unemployment statistics on Thursday. It showed that another 473,000 workers filed for unemployment benefits in the week ending on 5/8/21. That is the lowest level in over a year, but still about twice as high as it would be in a healthy economy.

To get workers back on the job, we still need to get the virus under control to make workplaces safe. It would also help to raise the minimum wage to a livable wage.