68% Of Voters Favor A Public Option For Health Insurance 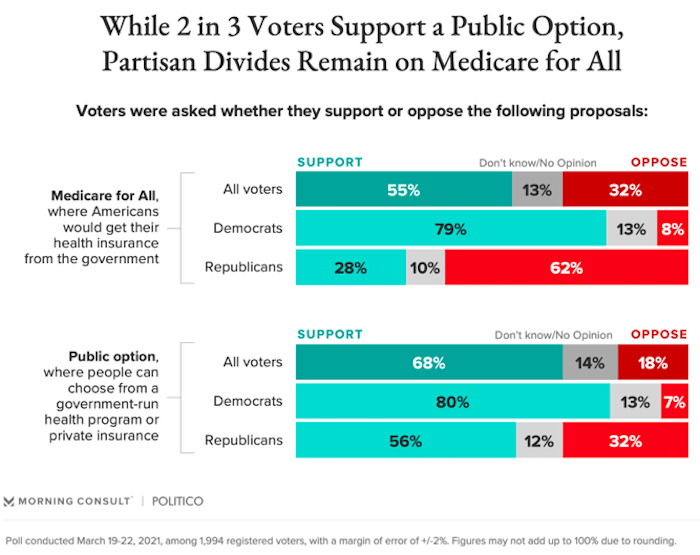 The chart above is from the Politico / Morning Consult Poll -- done between March 19th and 22nd of a national sample of 1,994 registered voters, with a 2 point margin of error.

During his campaign, President Biden promised to create a public option for health insurance. He has not proposed it yet, trying to get his infrastructure and family bills thru Congress first. But the public overwhelmingly supports the public option for insurance, with about two out of three voters (68%) supporting the measure. Even 56% of the Republican base would like to see it created.

But the Republicans in Congress don't support it, and they would filibuster it when it is proposed. It's one more example of why the filibuster must be reformed or eliminated to give the American people what they want.

NOTE -- About 55% of voters would support Medicare for All, but that is even more unlikely to pass Congress.