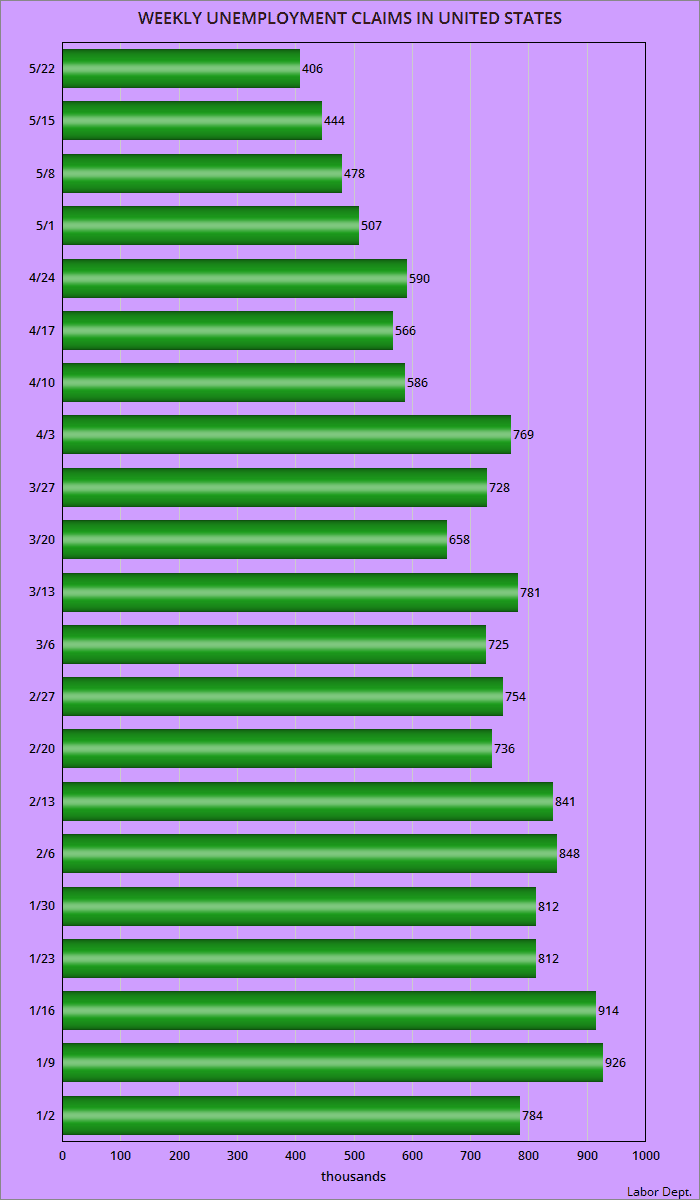 The Labor Department released its weekly unemployment statistics on Thursday. It showed that another 406,000 workers filed to receive unemployment benefits in the week ending on May 22nd. While that's the lowest number filing since March of 2021, it's still well above the normal level (which would be 100k to 150k less).