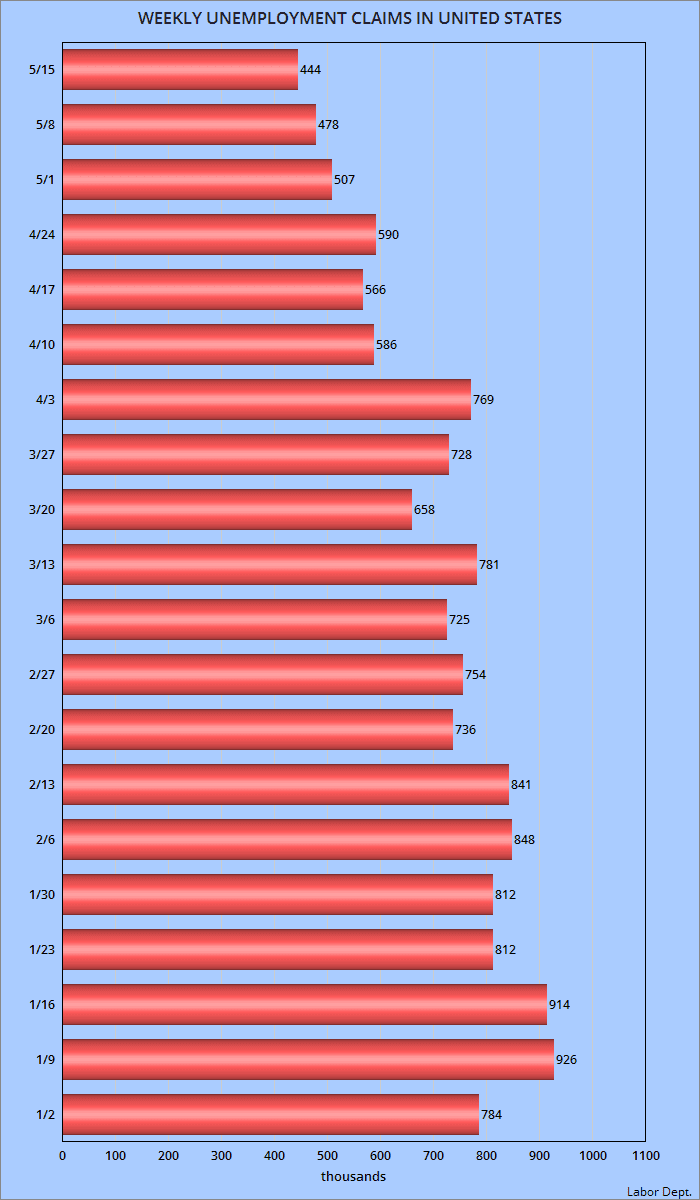 The Labor Department released its weekly unemployment statistics on Thursday. It showed that another 444,000 workers filed for unemployment benefits in the week ending on May 15th. That's the lowest number of filers since before the pandemic, but it's still about twice as high as it would be in a healthy economy. We won't return to normal until the pandemic is under control -- and while things seem to be getting better, control has not been established.