GOP Killing The Jan 6th Investigation Bill Was A BLUNDER 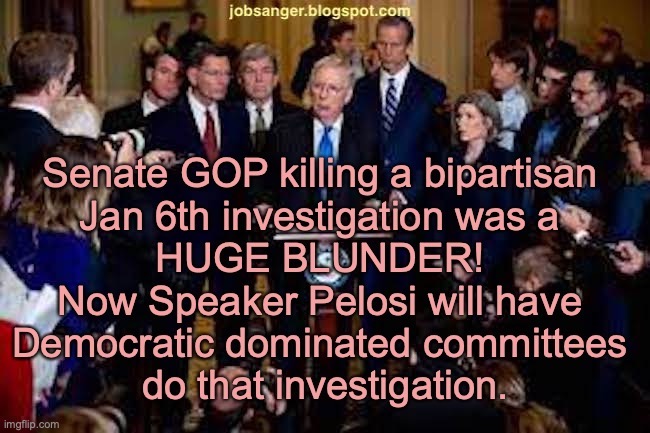 If any Republican thought they had killed an investigation that would hurt them in the 2022 election, they were very wrong. All they did was give up any control they might have had in any investigation.

Minority Leader McConnell is smart enough to know this. You might wonder why he did such a stupid thing. It was to save his job. Donald Trump, and his base supporters, are not smart enough to know they were giving up control over the investigation -- so they opposed the committee's creation. And if McConnell had not actively opposed the committee's creation it could easily have cost him his leadership position. Trump and his minions would have demanded that.

Any way you look at it, the Senate Republicans committed a MASSIVE BLUNDER in killing the creation of the January 6th bipartisan investigation committee!