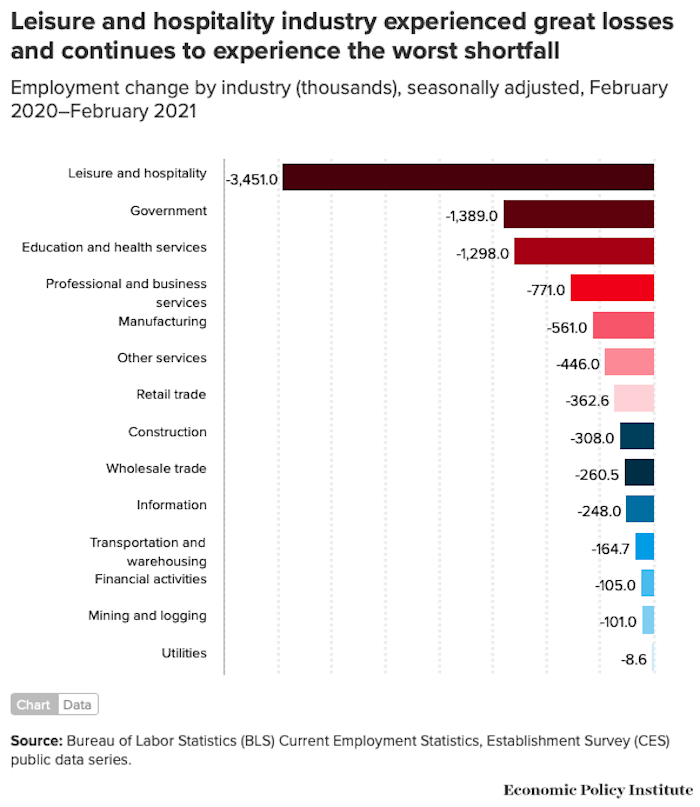 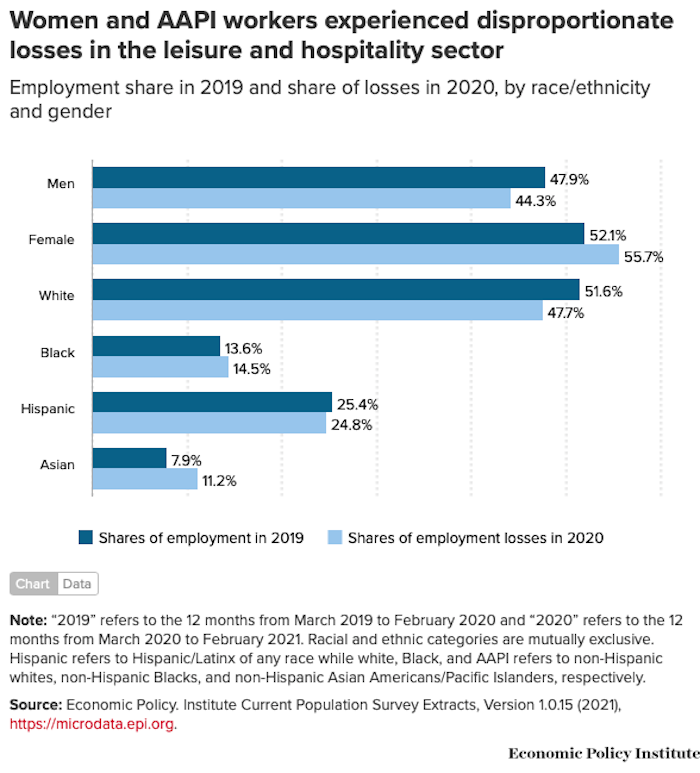 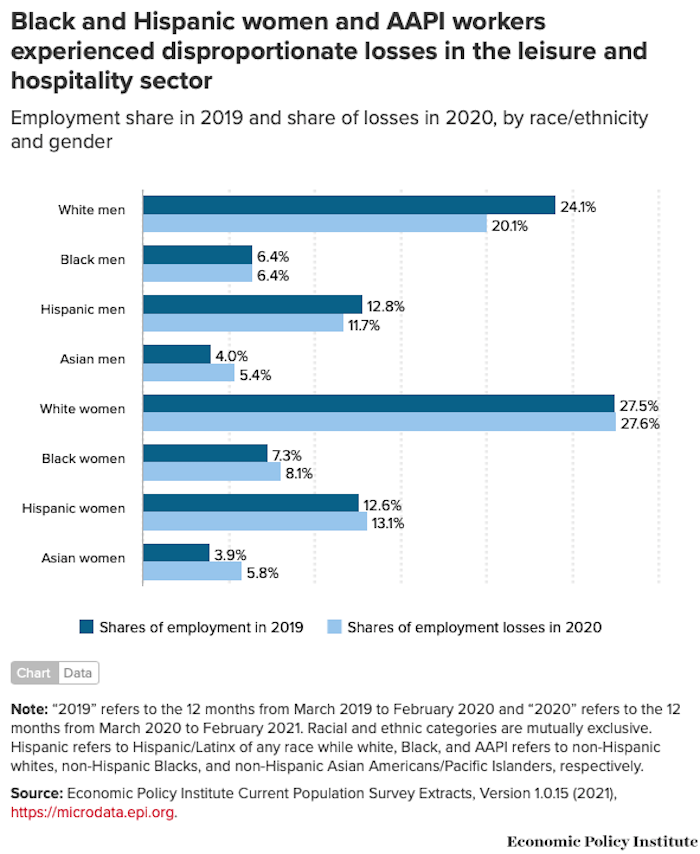 The charts above are from the Economic Policy Institute (EPI). They show that the industry impacted the most by the pandemic recession was the Leisure & Hospitality industry. And this industry hires a lot of low-wage workers (especially women and minorities) -- making those workers the hardest hit.

Here is part of what the EPI had to say:

In February 2021, a year into the pandemic recession, the U.S. economy remained down 9.5 million jobs from February 2020, the last month before the economic effect of COVID-19 began. Repairing employment levels requires more than regaining those 9.5 million lost jobs; we must also consider how many jobs would have been created since February 2020. During the 12 months prior to the pandemic recession, job growth averaged 202,000 new jobs per month. Absent the COVID-19-driven recession, an estimated 2.4 million additional jobs could have been created. Adding these to the actual job losses since February 2020 implies that the U.S. labor market in February 2021 was short 11.9 million jobs. . . .