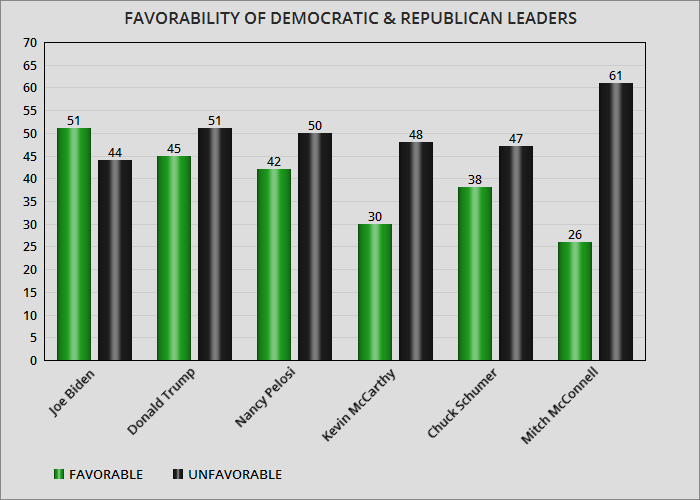 The chart above reflects the results of a new Economist / YouGov Poll -- done between May 15th and 18th of a national sample of 1,239 registered voters, with a 3 point margin of error.

Mitch McConnell was viewed least favorably among all the leaders. Only 26% viewed him favorably, while 61% viewed him unfavorably.