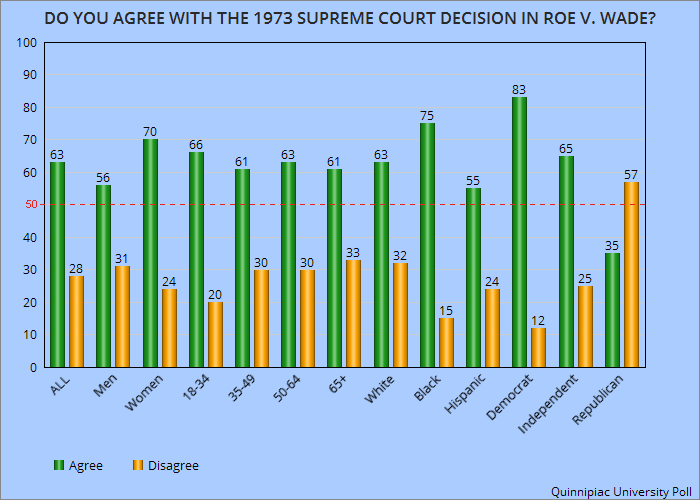 The chart above reflects the results of a new Quinnipiac University Poll -- done between May 18th and 24th of a national sample of 1,316 adults, with a 2.7 point margin of error.

The U.S. Supreme Court recently accepted a case from Mississippi -- that if upheld, would basically outlaw abortion in that state. Evangelicals and other right-wingers are hoping the Supreme Court (which has a larger conservative majority than in decades) will use the Mississippi case to overturn the 1973 Roe v. Wade decision (which legalized abortions nationwide in the first trimester.

If the court does overturn that decision, it will be in opposition to the wishes of a substantial majority of Americans. As the chart shows, 63% agree with the Roe v. Wade decision, while only 28% disagree with it. And that is maintained across all genders, races and age groups. Only one group disagrees -- Republicans. Democrats and Independents agree with most Americans.