Politics Is The Biggest Factor In Response To The Pandemic 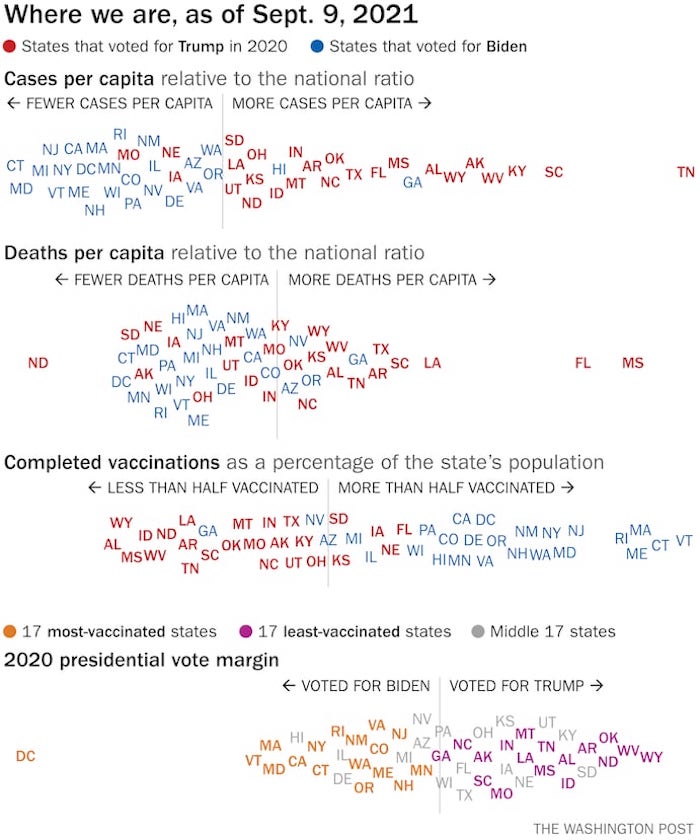 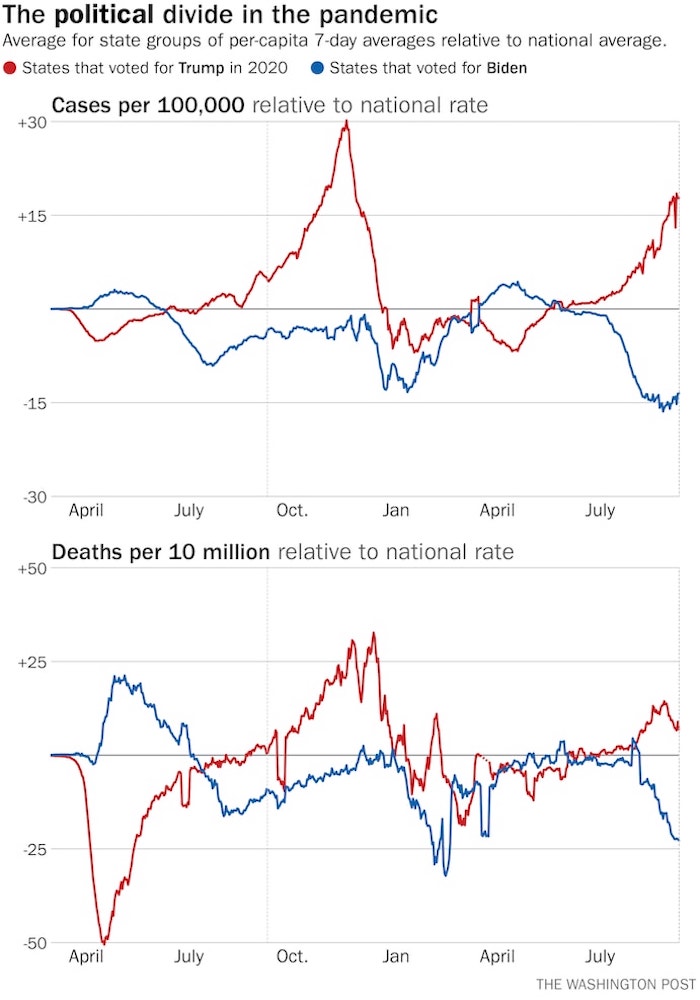 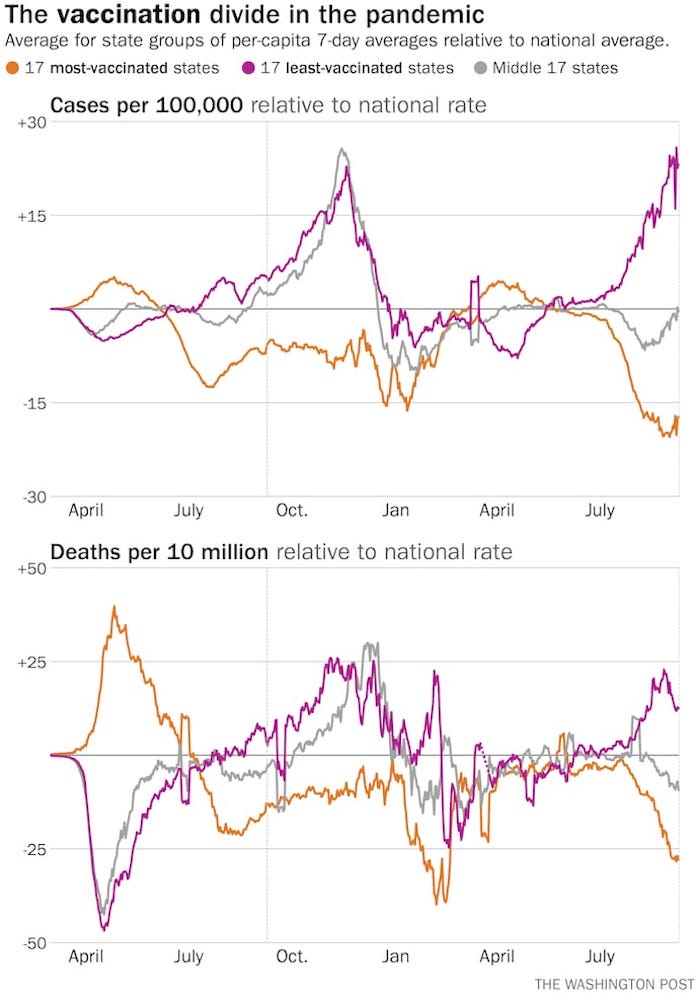 Our national response to the continuing pandemic has been disappointing. Too many people are refusing to wear masks or get vaccinated. But the difference between the masked/vaccinated and the unmasked/unvaccinated doesn't have much to do with age, gender, race, religion,  sexual preference, or national origin. The biggest factor of all is sadly -- POLITICS. Republicans and red-states are far more likely to refuse to wear masks or get vaccinated, while Democrats and blue-states are far more likely to do both -- and that is born out by the statistics.

The following is from Philip Bump in The Washington Post:

It’s obvious that there’s an overlap of vaccination rates, party identity and pandemic outcomes that intertwines the discussion about the pandemic with partisan politics. It is inescapably the case that, even if party doesn’t play a significant role in pandemic outcomes, the debate is largely framed through a partisan lens anyway — often to a hyperbolic degree.

It’s also important to note that the pandemic is not unfolding the way it did last summer. If we take the difference between each state’s per-capita cases and deaths relative and the national figure and average it by 2020 vote, we see that red states are doing much worse relative to the country on the whole than are blue states. The vertical dashed lines below (middle chart) indicate Sept. 9, 2020, and Sept. 9, 2021 — that is, now and one year ago. Not only are cases and deaths now higher relative to the country overall than they were then, but the figures in blue states are much lower.

If we look at the same patterns using the vaccination-rate groupings (bottom chart), we see that it’s the least-vaccinated states that are being hit hardest, followed by the middle group and then the most-vaccinated states. . . .

Again, the chain of correlation here is indisputable: Republicans have been less concerned about the virus, less likely to embrace practices such as masking, more likely to express opposition to vaccination and (obviously) voted more heavily for Trump — and now, after vaccinations have been made broadly available, states that are seeing the most new cases and deaths are states that are less heavily vaccinated and were more supportive of Trump last year. All of that is obviously and provably true, making it much harder to assert that politics is not playing any role. . . .

The Pew Research Center regularly polls Americans to gauge the demographic identifiers that spur the broadest disagreement on issues. You might think that it’s gender or age or race. It isn’t. It’s party, by a mile. That party is now intertwined with the extent to which America is willing to tamp down on a deadly virus is, to put it mildly, disadvantageous.