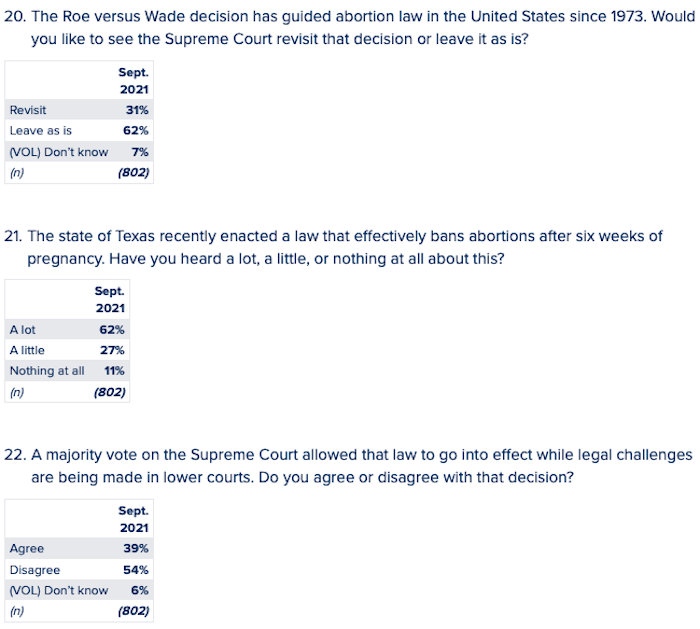 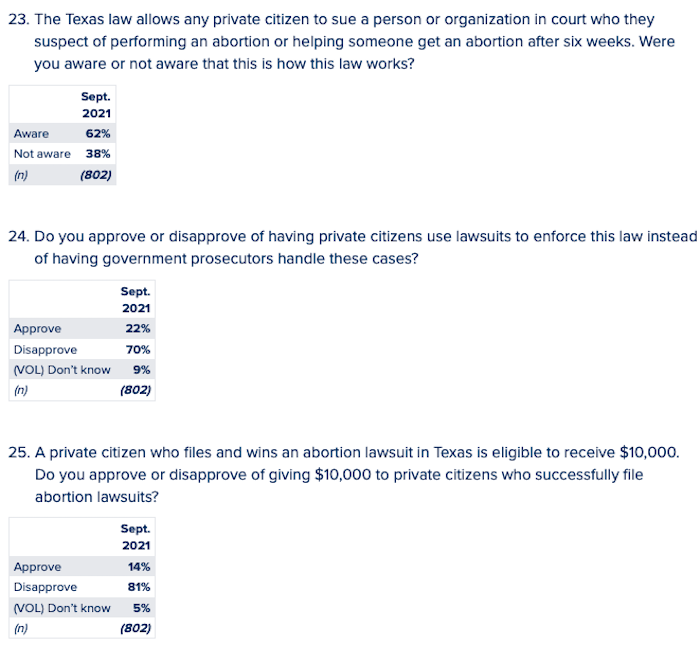 The charts above are from the newest Monmouth University Poll -- done between September 9th and 13th of a national sample of 802 adults, and has a 3.5 point margin of error.

It shows that the public strongly favors keeping the Roe vs. Wade decision intact. About 62% says it should be left as it is, while only 31% say the Supreme Court should revisit it.