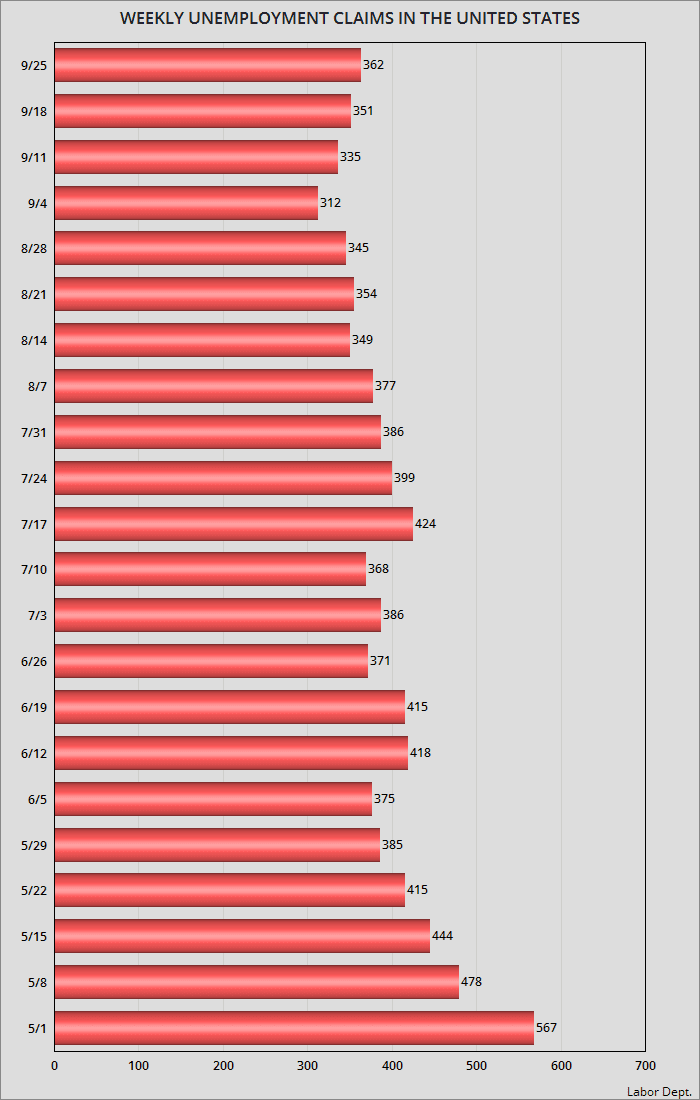 The Labor Department released its weekly unemployment statistics on Thursday. It showed that another 362,000 workers filed for unemployment benefits in the week ending on September 25th. That marks the third week in a row that the number filing has increased over the previous week.