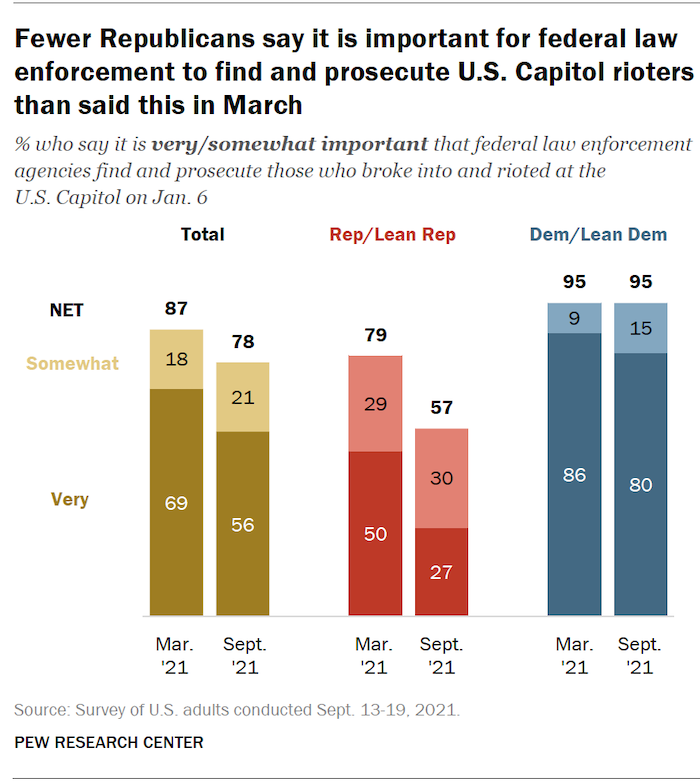 The chart above is from the Pew Research Center. They surveyed 10,371 adults between September 13th and 19th, and the survey has a 1.6 point margin of error.

It shows that Republicans are losing interest in finding and prosecuting the criminals who attacked our Capitol Building on January 6th. Back in March, about 79% thought they should be found and prosetuted. In September, that number has dropped to 57% (and only 27% thought it was very important).

It just shows how authoritarian the Republican Party is becoming -- that 43% think it's OK for people to use violence to accomplish political goals. Of course, they are being hypocritical, since they only support that when the goals are ones that Republicans like. They are opposed to others using even peaceful demonstrations to get equal rights (like Black Lives Matter) or to save lives (like groups wanting restrictions on who can buy a gun).