Raise Taxes On Rich (And Then Make Them Pay It) 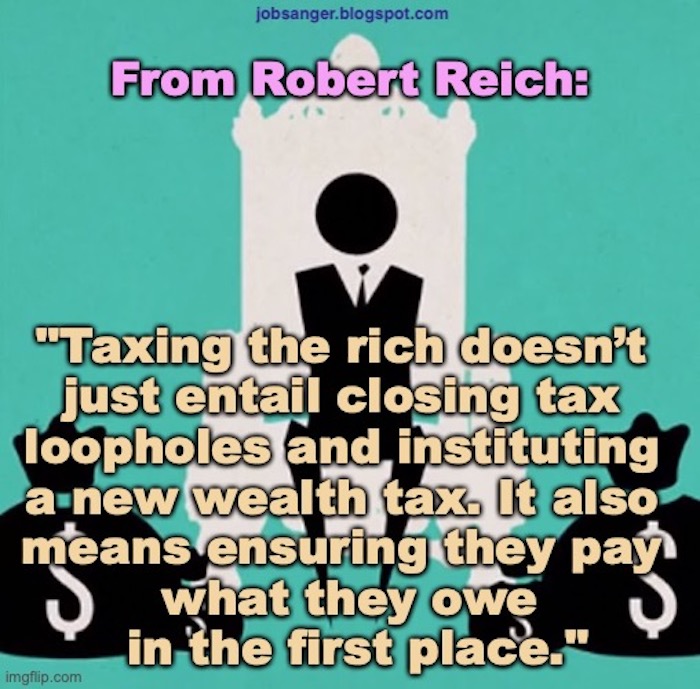 Much has been said about raising taxes on the rich, and that certainly needs to be done. But raising taxes would be meaningless unless we also fully fund the IRS. If the rich avoid paying taxes at the current rate, they will also do it at a higher rate. The only way to prevent that is to make sure there are enough IRS investigators to expose the tax evasion and punish it.

Taxing the rich doesn’t just entail closing tax loopholes and instituting a new wealth tax. It also means ensuring they pay what they owe in the first place — and that means boosting the Internal Revenue Service’s funding.

The richest 1 percent of Americans evade $163 billion every year in taxes. How do they get away with it? Because the IRS doesn’t have the tools and resources available to audit these wealthy tax cheats.

The result? Millionaires in 2018 were about 80 percent less likely to be audited than they were in 2011, and now the poorest taxpayers are audited at about the same rate as the top 1 percent.

When asked by Congress why this is, the IRS said that auditing poor taxpayers is a lot easier because it’s done by relatively low-level employees. These audits are “the most efficient use of available IRS examination resources.”

Beefing up IRS enforcement is a critical part of cracking down on wealthy tax cheats and ensuring the super-rich pay their fair share.

Every $1 invested in the IRS budget produces $4 in revenue.

Imagine what programs we could fund, how many people we could help, if the IRS was able to recoup that $163 billion that the top 1 percent shorts the government every year. Fully funding the IRS should be a no-brainer.