There Have Been 537 Mass Shootings In The U.S. This Year 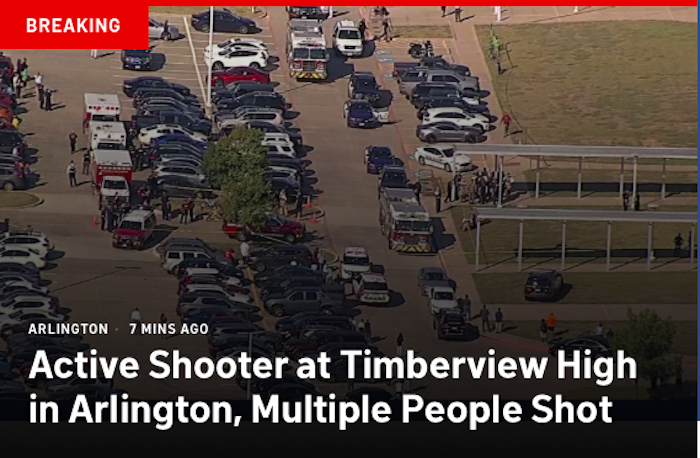 Yesterday, there was another shooting in an American school. This time it was a high school in Arlington, Texas. It started as a fight between two students, but when a teacher tried to break it up one of the students pulled a gun and started shooting. Three people were seriously wounded and hospitalized, and a fourth was injured but did not require hospitalization.

With four injured, this meets the definition of a mass shooting, and it marks the 537th mass shooting of this year in the United States. With nearly three months to go in the year, it looks like the country will easily surpass the 610 shooting of last year (which was record).

This doesn't happen in any other developed nation. That's because none of the others have as easy access to guns as the United States does. In the U.S., it's easy for anyone to acquire a gun -- even children, criminals, terrorists, and the dangerously mentally ill. That's because there are too many loopholes in our background check law.

The public overwhelmingly wants those loopholes closed (80% to 90%, including gun owners). But Congress still refuses to act. They have sold their souls (and votes) to the gun manufacturers and their biggest lobbyist -- the NRA.

This is not going to automatically get better. It will continue to get worse until reasonable action is taken to limit who can buy and possess a firearm.