No True Frontrunners In Presidential Campaign 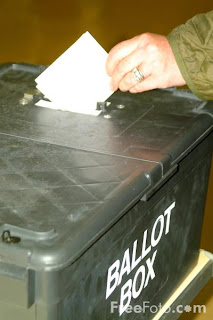 The mainstream media would like us to believe that the primary election is coming down to a couple of frontrunners in each party. To further this notion, they given us poll after poll that seems to back them up. But this simply isn't true.
What the polls actually show is that most of the voters have yet to make up their minds. Many of them say they won't make their choice until they enter the caucus or the voting booth. This is especially true in the first two states -- Iowa and New Hampshire.
According to the University of New Hampshire Survey Center, only 14% of Republican voters have made up their minds. About 29% are leaning toward a candidate, but might change their mind. A full 57% have not made up their minds at all.
The same thing is true of Democrats, where only 24% have made their choice. Those leaning toward a candidate compose 29%, and 47% say they haven't made a choice.
This means there are no true frontrunners. Far too large a percentage of voters in both parties simply have not chosen a candidate, and probably won't until the last days or hours of the campaign.
An ABC/Washington Post poll taken in November shows the same thing is true about voters in Iowa. Most of them have not made up their mind for sure who they are going to support at the caucus.
Personally, I believe this is also true outside of Iowa and New Hampshire. The election is still in a very fluid state all over the country.
This is not a totally new phenomenon. Candidates in the past have emerged from the pack in the last days or hours of the campaign. But it seems to be even truer of this election.
So don't let anyone tell you that your candidate doesn't stand a chance. In this presidential campaign, there won't be a true frontrunner until the first few states have voted.
Posted by Ted McLaughlin at 12:04 AM