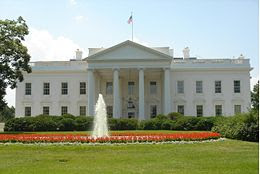 In an effort to keep secret the visitors who have access to the president, President Bush had ordered the Secret Service to turn the visitor logs they kept over to the White House. He then declared those logs to be presidential papers and thus not subject to public records requests.
He used this ploy to deny requests of records of visits to the White House by conservative evangelists and lobbyist Jack Abramoff. It is believed these records would show the White House has been lying about the number of these visits.
Yesterday, U.S. District Judge Royce Lamberth shot down Bush's flawed argument. He ruled that the visitor logs were not presidential papers, but were instead Secret Service documents. Secret Service papers and logs are subject to public records requests.
The judge, a Reagan appointee, ordered that the records regarding the evangelists' visits be released. The request for the Abramoff records is still pending, but they cannot be destroyed since they are also Secret Service records. Judge Lambreth will also be presiding over that case, so it is expected the White House will also be ordered to release those records.
The White House is considering an appeal, but after this decision by a conservative judge it is doubtful the decision will be overturned.
Bit by bit, the courts are starting to rein in the lawless behavior of the Bush administration.
Posted by Ted McLaughlin at 12:06 AM