Major League Baseball Should Be Ashamed 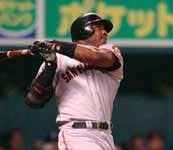 "For more than a decade, there has been widespread and illegal use of anabolic steroids and other performance-enhancing substances by players in Major League Baseball in violation of federal law and baseball policy.
Everyone involved in baseball over the past two decades -- commissioners, club officials, the player's association and players -- shares to some extent the responsibility for the steroids era. There was a collective failure to recognize the problem as it emerged and to deal with it early on."
Those were the words of Senator Mitchell as he released the results yesterday of his investigation into drugs and baseball. According to the report, some of the biggest names in Major League Baseball are guilty of cheating by using performance-enhancing drugs -- players like Roger Clemens, Barry Bonds and many others.
There are those who believe that these players should have an asterik beside their names in the record books. I disagree. I don't think they should be allowed in the record book at all. They would not be there if they had cheated in a different way. Why should cheating with drugs be any different? Frankly, it's unfair to the players of the past, who competed fairly.
But this is not just a matter of some players cheating. It's a health issue. These players are destroying their future health for glory and big money. I know they think it's worth it right now, but I wonder what they'll think a few years after they retire and the problems begin.
Even more important is the fact that these men are role models for thousands of children. Not only are they teaching them that cheating is OK, but their behavior encourages young people to mimic their drug use in the hopes of getting some of that glory and money for themselves. Sadly, the health effects are even more dangerous when young people use the drugs.
Major League Baseball needs to clean up its act. They should start by banning these players and instituting a serious drug testing policy. But I doubt that will happen -- there's just too much money involved, and far too many owners and players are afraid they might lose out on some of that money if the game were cleaned up properly.
Major League Baseball should be ashamed.
Posted by Ted McLaughlin at 12:03 AM