What Kind Of Society Are We ? 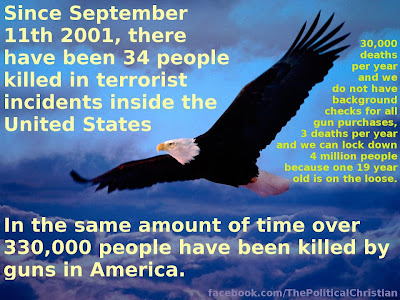 How is it that this nation will go to great lengths to prevent terrorist deaths, even though we have very few of those deaths in this country, but we refuse to take any action at all against a far greater threat -- the profusion of guns in the country causing thousands of times more deaths than terrorism. We even refuse to do something as simple as requiring a background check for those wanting to buy a gun, thus allowing the most dangerous among us to easily buy any kind of guns they want with an unlimited amount of ammunition.

The excuse given for this behavior is the sacredness of the Second Amendment, but even the most stupid among us know that is not true. The Second Amendment, like the First Amendment, has never been absolute. And the Supreme Court has already declared background checks to be constitutional.

We have a choice to make. Are we going to put the profits of gun and ammunition makers over the deaths of tens of thousands of Americans every year, or are we going to take some action to keep guns out of the hands of those we agree should't have them (and limit the types of guns people can own)? The answer will show the world what kind of people we are, and what kind of society we live in. 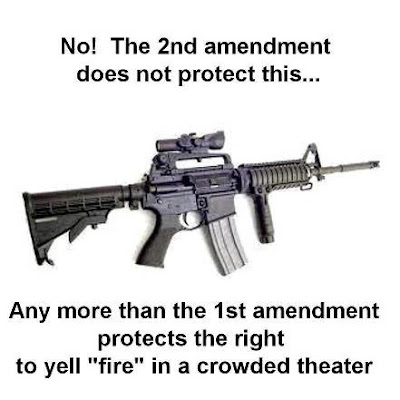