Americans Getting Tired Of Obamacare Fight 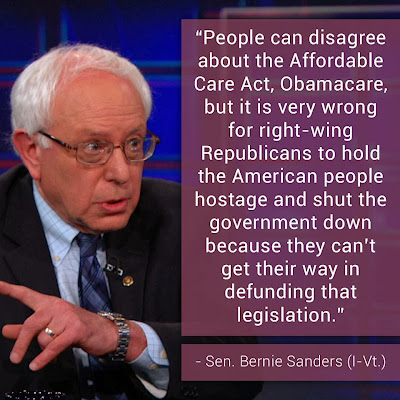 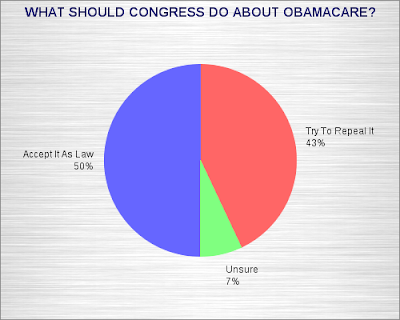 It has recently been shown that a majority in this country say they are opposed to the Affordable Care Act (Obamacare) -- probably because an even larger percentage still don't understand the new health care law (and how it will affect them personally). Because of this, one might suspect that most people would be in favor of the repeated Republican efforts to repeal Obamacare (or defund it). But that is not necessarily so.

Part of the reason is that not everyone who doesn't like Obamacare wants to repeal it. Some want to improve it (or replace it with a system like Medicare). Others are just getting tired of the battle over Obamacare, and want the government to move on to other problems -- like creating jobs and improving the economy. This is shown in a recent poll.

The Poll was done by Bloomberg News (certainly no bastion of liberal thought), and it shows that at least half of all Americans would like for Congress to just accept Obamacare as the law and move on to other matters. The Bloomberg News Poll was done between September 20th and 23rd of 1,000 adults across the country, and has a margin of error of 3.1 points.
Posted by Ted McLaughlin at 12:02 AM