Two New Polls Show No Favorite Among GOP For 2016 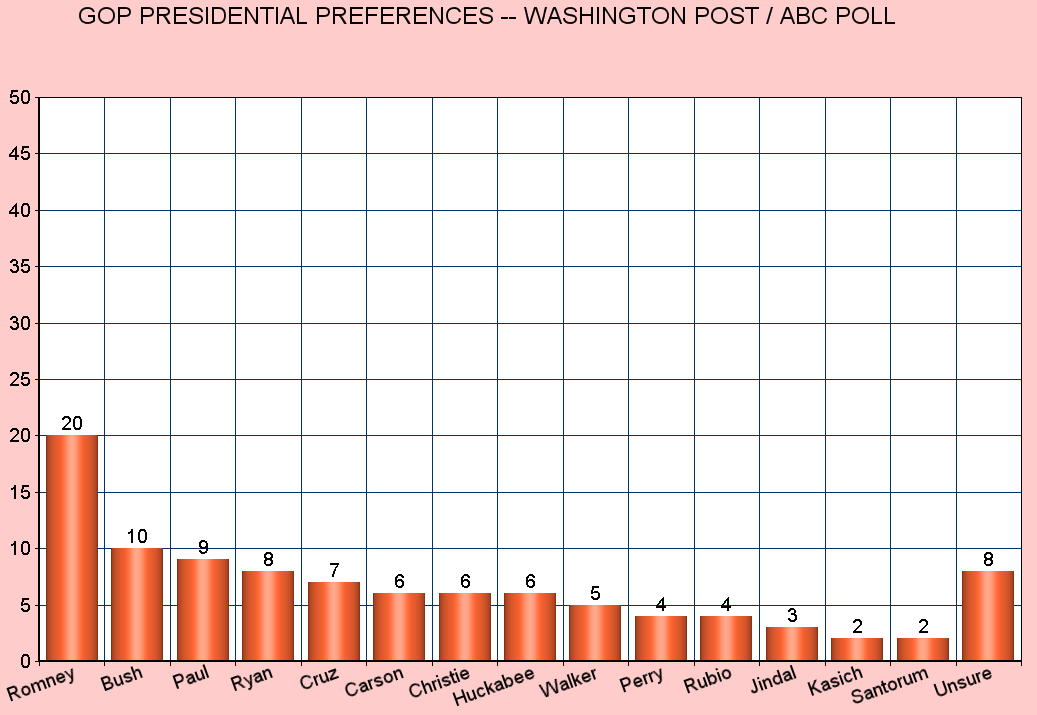 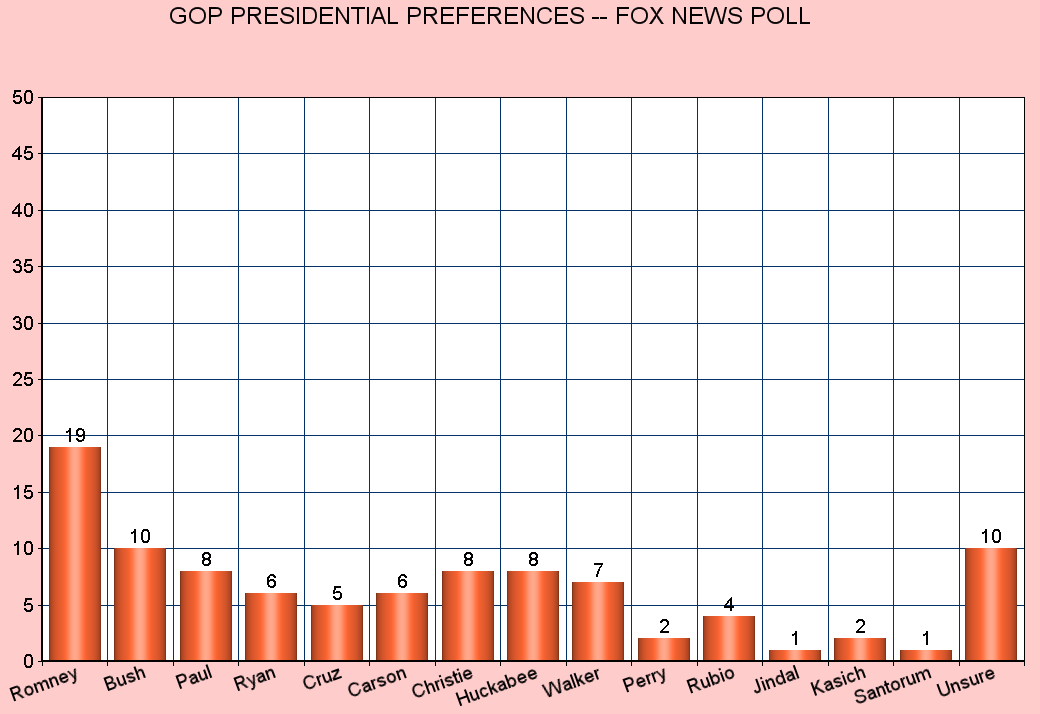 I bring you the Washington Post / ABC News Poll and the Fox News Poll on presidential preferences for 2016 -- not because they reflect any change, but because I want to keep you abreast of the thinking for 2016. The truth is that the GOP race is still the same muddled mess it has been for months now.

Some may look at the charts above and conclude Mitt Romney has sprang into the lead (even though no one knows whether he would want to run again or not). I disagree. While Romney is slightly ahead of many others (with about 19% or 20% of current voter preference), but that is not a significant lead. That shows that currently about 80% (or four out of five Republicans) do not want Romney -- at least right now. The GOP race is still wide open, and any of the current candidates (or an unknown future candidate) could win the nomination.

The Fox News Poll also queried its respondents about the Democratic nomination, and there's no surprise there either. In spite of what some progressives want, it still looks like all Hillary Clinton needs to do to get the nomination is to ask for it. 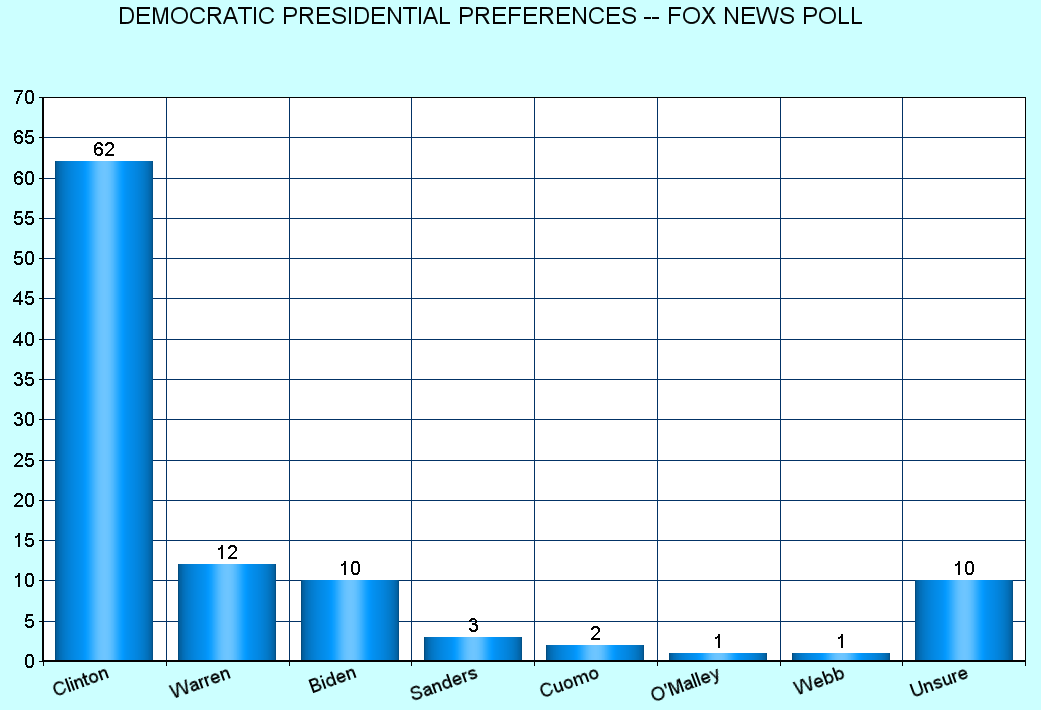